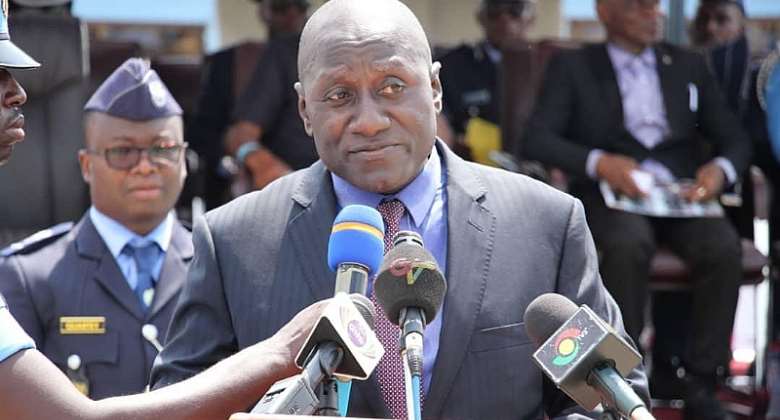 A former District Chief Executive for the Techiman North District in the Bono East Region, Hon Peter Mensah has jumped to the defence of the Commissioner of Customs, Col. Kwadwo Damoah (Rtd).

According to him, Col. Kwadwo Damoah (Rtd) is a great asset and a strong pillar to the nation’s revenue generation for the developmental agenda of Ghana through the many visionary initiatives he has embarked on during his tenure.

Hon Peter Mensah describes him as a generational thinker who has brought more innovations to Ghana’s revenue collections.

He stressed that, under his leadership as Commissioner of Customs, the revenue targets for the fiscal years were exceeded.

"Customs have collected revenues under his watch amidst the dreaded Covid-19 as well Russia invasion on Ukraine. Col. Damoah, as the Commissioner of Customs, took it upon himself to educate and remind stakeholders, (importers, agents, exporters and etc) via radio about their duties and customs responsibilities," Hon Peter Mensah stated.

The former DCE noted that not only has Col Damoah performed beyond expectations, his remarkable leadership and goodwill can also be felt at the party grassroots level.

"Col. Damoah as the Commissioner for Customs was able to use his managerial skills to win the hearts and support of the officers. Again, his interpersonal relationship with customs officials and NPP grassroots supporters is second to none.

“He has got a track record as a private individual and have Ghana at heart in the discharge of his duties, therefore, those attaching him must do in very circumspection so that it will demotivate one of the great tax commissioners," he intimated.

The Customs Division of the Ghana Revenue Authority has rubbished the corruption report by the Office of the Special Prosecutor implicating some customs officials in the case of Labianca Company.

The Special Prosecutor recovered an amount of ¢1.074 million in unpaid taxes from the company owned by a member of the Council of State, Eunice Jacqueline Buah Asomah-Hinneh.

The OSP contended that Ms Asomah-Hinneh used her position as a member of the Council and member of the Board of Directors of the Ghana Ports and Harbours Authority (GPHA) to evade the actual taxes on imported frozen foods with the help of the Customs Division of GRA.

A Deputy Commissioner of Customs in charge of Operations, Joseph Adu Kyei was also cited by the OSP for issuing what it described as an unlawful customs advance ruling.

This, according to the report, reduced the benchmark values of the goods imported by Labianca Limited translating to reduced tax obligations of the company to the state.

Speaking at the Customs Division Management Retreat at Kumasi, the Commissioner of Customs, Col. Kwadwo Damoah (Rtd) insists the report of the Special Prosecutor was hollow.

Col Damoah believes it was a deliberate attempt by the OSP to destroy him.