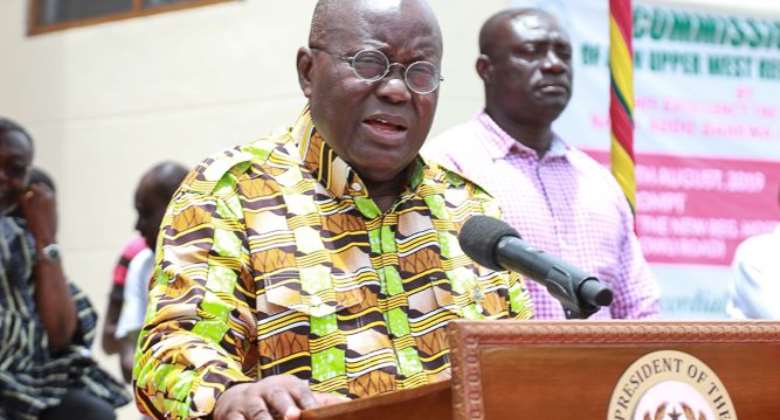 There is a very disturbing news report on quite a number of local Ghanaian media portals which has President Addo Dankwa Akufo-Addo sharply rejecting and shooting down widespread calls across the political spectrum for the former Attorney-General and Minister of Justice to seriously consider reshuffling his cabinet, in order to healthily weed out administrative dead-woods, with what well appears to be an obviously gratuitous riposte, to the all too pedestrian and predictable effect that such calls are almost, all of them, the exclusive strategically inimical effusions of his most ardent and inveterate political opponents of the country’s main opposition party, to wit, the National Democratic Congress (NDC).

Even more disturbing is the fact that the President has also been reported to have told an interviewer with North Star Radio, located in the Northern Regional Capital of Tamale, that such flurry of calls was unmistakably aimed at destabilizing his government (See “Calls for Me to Reshuffle Gov’t Appointees Are Moves by NDC to Destabilize My Gov’t – Akufo-Addo” Modernghana.com 8/10/22). The stark fact of the matter is that if he had been paying sedulous attention to the very public activities of many of his own closest associates and some of his most officious non-cabinet and self-designated Presidential Spokespersons, in particular Nana Akufo-Addo’s own maternal cousin Mr. Gabriel “Gabby” Asare Otchere-Darko, he would have since long been visibly alarmed by the sort of inexcusably scandalous gestures and overtures that Mr. Otchere-Darko, whom yours truly has personally nicknamed Tweedle-Dee and has had occasion to call out times without number, primarily because of Mr. Otchere-Darko’s strategically regressive and politically injurious dealings with the Mahama Camp, Nana Akufo-Addo would not have been so quick to accuse National Democratic Congress’ operatives and detractors of being hell-bent on destabilizing his government or attempting to effectively collapse the same.

Among the Akan-majority populace of Ghana, we have a popular saying that the beast or the animal that is poised to unleashing the deadliest bite almost invariably lurks within the folds and frills of one’s own clothes. Such is unquestionably the nature and the deadly bite of Mr. Gabriel Asare Otchere-Darko, who has wasted absolutely no time, from the get-go, to brazenly and recklessly indicate that he could not give a hoot in cavalierly hobnobbing with such sworn and implacable Akufo-Addo enemies and detractors as Dr. Arthur Kobina Kennedy, whom yours truly has also knighted as “The Idiot of Irmo, South Carolina.” I also have absolutely no doubt in my mind that this is the very last report and the least welcome of its kind to the President who, by the way, has in the recent past personally counseled yours truly to be forthcoming by promptly pointing out any policy matters or political activities surrounding his Presidency that I may deem to be inimical to his fervidly intended good governance of the country.

Once again, the stark fact of the matter is that whether he likes it or not, the preceding is the kind of unvarnished truth that the President needs and ought to be hearing from his most trusted advisers and well-wishers on a daily basis. For example, Mr. Otchere-Darko did not the least bit put either the Akufo-Addo Administration or the Finance Minister, namely, Mr. Kenneth K. Ofori-Atta, in a good light when, in the wake of torrents of calls by some key operatives of the country’s main opposition National Democratic Congress for the President to seriously consider promptly dropping Mr. Ofori-Atta from his cabinet, the gangly looking man whom former President John “European Airbus Payola” Dramani Mahama has disdainfully dubbed as the De-Facto Prime Minister of the Akufo-Addo Government, rather absurdly and flippantly, and predictably, one may aptly add, came public to flatly reject such calls not on grounds of merit but rather on the scarcely constructive or logically sound grounds that as the substantive and Sitting-President of the Sovereign Democratic Republic of Ghana, Mr. Mahama had also flatly rejected vehement calls for the immediate dismissal of a bumbling Mr. Seth Terkper, the country’s Finance Minister at the time, from his cabinet.

Now, Dear Reader, you tell me, how does such a patently and inexcusably infantile “retaliatory” response to genuine calls for the immediate removal of Mr. Ofori-Atta from the latter’s clearly oversized portfolio of Finance Minister, answer the critical question of whether the Columbia- and Yale University-educated economist and investment banker has, indeed, creditably or even superbly performed on the job, and thus calls for the Finance Minister’s removal or the demand for his resignation were decidedly not the least bit one that was evidence-based? You see, with Mr. Gabriel Asare Otchere-Darko, it is all a creepy matter of the bottom line. In other words, the standard template for measuring the performance caliber of President Addo Dankwa Akufo-Addo is primarily and essentially for the latter to be widely envisaged to be performing, at least on the surface of things, as well as former President Mahama had been widely perceived to have performed as the most powerful democratically elected official of the land.

Of course, this is also where the problem lies. You see, a man twice defeated in the polls with more than a half-million votes of the valid votes, and the first time around as an incumbent President with more than ONE-MILLION VOTES, could not be aptly deemed to have performed laudably and emulatively. So, why does Nana Akufo-Addo continue to smugly and cavalierly entertain such image- and reputation-dipping overtures such as Mr. Otchere-Darko has been widely known to incessantly make towards former President Mahama and the latter’s camp in general? Is this not in a plain manner of speaking, inescapably tantamount to thumbing his nose at the membership of the Kufuor-Kyerematen-Mpiani Faction within the New Patriotic Party, by way of not so diplomatically implying that now that Nana Akufo-Addo has had his shot and his turn at the Presidency or realized the fullness of his dreams at the Presidential-Wheel-of-Forune, the rest of the presidentially ambitious party stalwarts, including, of course, Vice-President Mahamudu Bawumia, might just as well book themselves first-class cabin tickets for the next flight to Hell?