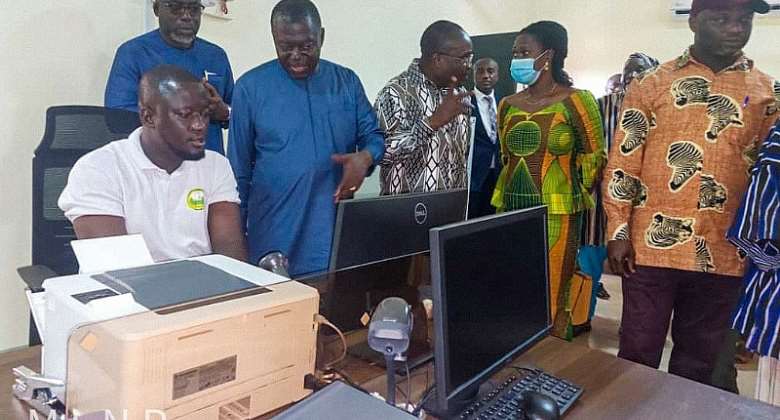 The Deputy Minister of Lands and Natural Resources in charge of lands and forestry, Mr Benito Owusu-Bio, has disclosed that all new regional offices of the Lands Commission will operate digitally to reduce delays associated with the manual processing of documents.

The Deputy Minister said this at the inauguration of the North East Lands Commission Regional office on Tuesday.

Mr Owusu-Bio added that land administration services such as survey and mapping, property valuation and grading state land purchases were crucial for the nation's socioeconomic growth.

The provision of formal land administration services, he added, was foundational for every sector of the economy.

He, thus, hinted that the decentralization agenda of the Lands Commission would ensure efficient land administration service delivery was brought to the doorstep of every Ghanaian.

The Deputy Minister cautioned employees of the regional office not to repeat the errors made by their forebears in the management of Lands, which gave rise to several problems for the Commission.

The National Chairman of the Lands Commission, Mr Alex Quaynor, said the New Land Act, Act 1036, required that all land owners register their Lands through the proper process and therefore hoped that the residents of Nalerigu and North East Region would take advantage of the opportunity and follow due process in the registration of lands.

He said most lands in the country were owned by skins, stools and families, therefore, the administration of lands needed to be properly and efficiently carried out at that level, adding that the New Land Act made it compulsory for the Palaces to have customary lands secretariat to ensure proper records keeping.

The establishment of regional offices for the Lands Commission in the six newly created regions is in accordance with Article 260(1) of the 1992 constitution which states that the "Lands Commission shall have a branch in each region to be known as Regional Lands Commission for the performance of functions specified in article 258 of this constitution."