Ministerial reshuffle: Let's be emphatic about what we actually seek to gain from it — Kwadwo Mpiani 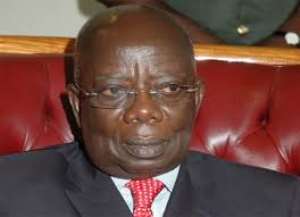 Mr. Kwadwo Okyere Mpiani, former Chief of Staff and Minister in the Kufour administration has asked Ghanaians real motive for calling for a ministerial reshuffle.

He wondered if it was just based on the numerous calls or underperforming ministers.

Speaking on the Accra-based Joy News' PM Express on Wednesday monitored by Modernghana News, Mr Mpiani wonders whether reshuffling is the best alternative in this current economic crisis.

According to him, he has nothing else to say if the President is not ready to do so.

He continues “If the coach thinks he has the best team, who am I to say otherwise because he will face the consequences of his actions.”

Meanwhile, President Akufo-Addo in a recent interview on North Star Radio in Tamale on Monday, August 8, rejected calls to reshuffle his cabinet ministers.

There have been increasing calls for the President to reshuffle his cabinet and fire underperforming ministers.

More from Headlines
ModernGhana Links
National House of Chiefs demand outstanding monthly allowances of GH¢1,000 each
Address wanton corruption, mismanagement to deal with hardships in the country – CFF-Ghana to gov’t
I won’t shield you if you are found to be complicit in galamsey – Akufo-Addo warns MMDCEs
TOP STORIES