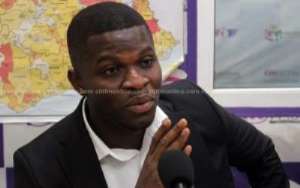 The news clip was sent to me by one of my in-laws. It was captioned “Sammy Gyamfi Berates Delta Airlines Over Fuel Shortage Incident Mid-Air” Ghanaweb.com 7/27/22). The contents of the aforesaid news clip had to do with a flight delay by the US-based Delta Airlines Company on one of its JFK-Accra-bound routes on or about Tuesday, July 26, 2022, on which the Chief Propaganda Officer, presently known as the National Communications Officer, of Ghana’s main opposition political party, the National Democratic Congress (NDC) had been booked and scheduled to fly.

In this news report, largely the written recollected version of Mr. Samuel “Sammy” Gyamfi – a wet-eared politician and a young man who recently graduated from one of the local Ghanaian law schools, and is not widely known for his honesty or truthful dealings with the general Ghanaian public – the plaintiff claims that his flight had been unduly delayed for nearly 24 hours, an occurrence that has become rather common since the eruption of the China-originated COVID-19 Global Pandemic in 2019 or thereabouts. Mr. Gyamfi was thus livid with boiling-point anger and frustration because the plaintiff also claims that passengers left stranded by Delta’s flight delay had not been afforded overnight accommodation or lodging, something that is routinely done by all the major American airlines and, in fact, all major airlines around the world.

But, Dear Reader, before we proceed any further, you also need to be significantly apprised of the fact that the National Democratic Congress’ Chief Propagandist does not inform his readers about what flight or airline via which he had earlier on arrived in the United States of America, and for what purpose or purposes, and also how long he had spent hereabouts. But, of course, we can almost safely or accurately assume that Mr. Gyamfi had arrived or entered the United States via a Delta Airlines flight since, these days, the latter aviation establishment or travel enterprise has incontestably established itself as the dominant JFK-Accra-bound airline service.

Now, the objective of eliciting the latter pieces of facts and details is obviously to establish the fact that Delta Airlines has also carved an enviable reputation for itself as the Premier Flight of Choice vis-à-vis air travel from the United States of America into and across the West-African Subregion, in general, but, in particular, to Ghana which has been putatively dubbed as the Gateway to West Africa or the West-African Subregion, for that matter. At any rate, the main grievance of the National Democratic Congress’ National Chief Tout is the fact that the airbus on which he had embarked on his return flight to Ghana, about 24 hours behind schedule, which was aggravating enough, would also return to JFK, that is, New York City’s John Fitzgerald Kennedy International Airport, a full two hours into the flight and approximately 25-percent on the route towards Accra, due to what had been announced to passengers as the sudden discovery by flight crew that the airbus had not been adequately supplied with the requisite aviation fuel needed to log some 7,000 miles across the Almighty Atlantic Ocean.

From the tone and tenor of his article or press release, it looks more like the latter, Mr. Gyamfi well appears poised to suing the Delta Airlines Corporation both for unduly delaying “prominent” and “distinguished” passengers such as himself, and also for needlessly endangering the lives of the couple, or so, hundred passengers who had boarded the flight or airbus. Our unabashed contention here is that at least based on the grievances expressed by the plaintiff, upon which the present discussion and/or commentary is based, any mischievous attempt by Mr. Gyamfi and any other passengers who had been on the aforementioned flight, and may very well have been recruited by the Chief NDC Tout for the purpose of a lawsuit, is highly unlikely to be forensically sustainable in court, a major reason being that in his press release or statement to the media, Mr. Gyamfi does not convincingly demonstrate any well-established pattern of deliberate professional negligence on the part of either the Delta crew on the plaintiff’s particular flight or on the part of the entire Delta Airlines’ corporate establishment at large.

You see, based on the volume of traffic of Delta Airlines, problems like those which are detailed in the plaintiff’s media release or press statement are bound to occur from time to time. We also wondered whether the very young Mr. Gyamfi had taken the time to learn something about the history of the establishment and managerial operations of the long-defunct Ghana Airways Corporation or Ghana Airways, which had been grossly incompetently and criminally run aground and literally out of business by the Founding Fathers and Mothers of the Chairman Jeremiah “Jerry” John Rawlings-founded political establishment of the National Democratic Congress, among whose heirs and prime beneficiaries is Mr. Sammy Gyamfi. You see, if he did learn well enough about the history of the Ghana Airways Corporation, in particular the preeminent role played by the patriarchs and matriarchs of his own political party and ideological establishment, Mr. Gyamfi is apt to cultivate some remarkable and morally refreshing modicum of humility and not cavalierly presume to wax unnecessarily imperious, decidedly obtuse and downright oafish in matters on which he has absolutely little to absolutely no appreciable knowledge and understanding.

Where are DISECs in this whole galamsey brouhaha – Otumfuo q...
25 minutes ago

Akufo-Addo announces plan to establish Tourism and hospitali...
25 minutes ago