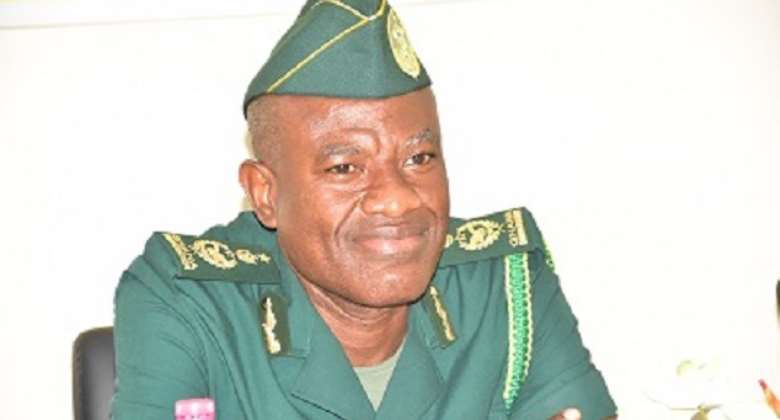 The role of securing our borders in the national security architecture has never been so critical, and that is the mandate of the Ghana Immigration Service (GIS).

It is amazing, therefore, that for many years since its coming into being as an independent body, and against the backdrop of the realities of modern times and security management, this service operated without firearms and other logistics required for the effective security of our frontiers.

With terrorists locking their sights on the constituent countries of West Africa, the GIS stands out as one whose operations should be especially managed with efficiency and patriotism.

Reaching out to critical publics of the agency is one which the GIS should not overlook as its importance continues to grow by the day in the face of more daring manouvres by terrorists against state actors.

Thankfully, the Comptroller-General has included intermittent countrywide trips among his terms of reference, which has endeared the GIS to its many publics. He has touched base with chiefs and other relevant persons whose support is required in strengthening the GIS to deliver its mandate.

The quality of personnel in the face of the aforementioned threat is a factor which requires the re-engineering of the training manual and curriculum of both GIS Training School and Academy.

Refresher courses for serving personnel, officers and the rank and file should be considered for the service. We also recognise the opportunities offered personnel to upgrade themselves academically and the impact of this on morale, courtesy of the Comptroller-General Kwame Asuah Takyi.

We cannot deny plaudits to the Comptroller-General for the strides he has made since assuming the leadership of the GIS.

We have observed a massive transformation of the face of the GIS since his assumption of office for which he should be encouraged.

Today, a second training school is on the verge of completion elsewhere in the country, a project which will reduce the pressure on the Assin Fosu facility.

For a service now the toast of many a young male and female Ghanaian youth, the newly introduced features of the service should have accounted for this new exalted image.

In a country where plaudits are rarely showered on deserving citizens, doing the contrary for the GIS under the leadership of Mr. Kwame Asuah Takyi, is the way to go.

We have heard whispers of elation about the massive improvement being brought to bear upon the lives of personnel, a reality which has played a pivotal role in enhancing morale.

We cannot imagine an unarmed GIS undertaking joint anti-terrorist exercises with other sister security agencies such as the military and police.

Today, the paramilitary status of the GIS is visible, quarter guard at headquarters and sector commands, smartly uniformed personnel, enhanced medical centre and productive cooperation with the European Union are feats which should be celebrated.

With such brilliant feats and counting, there are others who would rather these were not achieved and subtly seek to throw spanners into the works. The inroads made indicate that they have failed.

Government and the Comptroller-General have done well.