‘We never said sachet water is unwholesome, nor FDA is ineffective’ – GSS 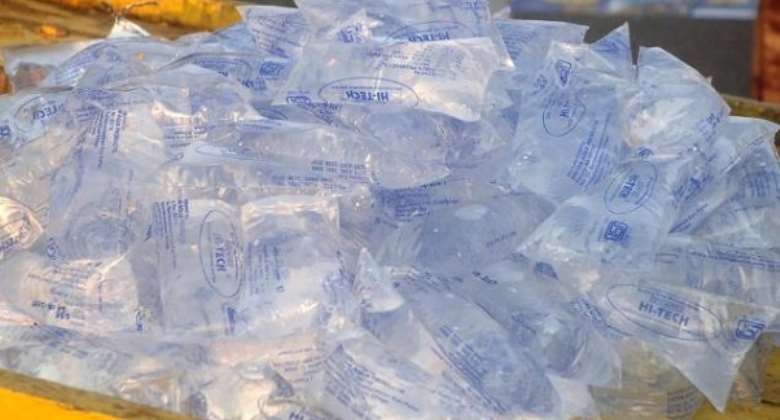 An Assistant Statistician and Director of Field Operations at the Ghana Statistical Service (GSS), Dr. Peter Takyi Peprah has clarified that the service never advised against the intake of sachet water.

His comments come after the Food and Drugs Authority and the National Association of Sachet and Packaged Water Producers rejected GSS' observation on the quality and safety of source water used for sachet water production in Ghana.

A report by the Ghana Statistical Service (GSS) noted that 34.1 percent of sources used for the production of sachet water are contaminated with faecal matter.

Media reports translated this as the GSS discrediting the quality of sachet water as well as the effectiveness of FDA's monitoring.

“That was not how the statement was made. We were given the platform to share our findings on the Population census, so far as water and sanitation are concerned. From the results, we realize that over 34.5% of the population in Ghana are currently taking sachet water, compared to the last census where we had only 21% of the population. Translating the 34.5% into absolute numbers, we had about 11 million of the population [depending on sachet water].”

He further explained that the message he tried to communicate was that since more Ghanaians have shifted to the consumption of sachet water, it will be important to intensify monitoring.

”What I said was that it was necessary for us to lift up the game when it comes to inspection or monitoring so far as the production of water is concerned. In 2017, and 2018, we carried out surveys and realised from the survey that almost all water sources were contaminated. The various sources had faecal contamination to some extent. We have pipe-borne water, tube-well or borehole, protected well or spring bottle and sachet water.”

”The statement I made was that since over 11 million Ghanaians use sachet water, the FDA, and Inspectorate Directorate should intensify their supervision. I even called for monitoring of the transportation of the water. No one said FDA is not doing its work, neither did we advise against the intake of sachet water.”

Meanwhile, the Food and Drugs Authority (FDA) has urged consumers to patronise sachet and bottled water in Ghana that have FDA product registration numbers.