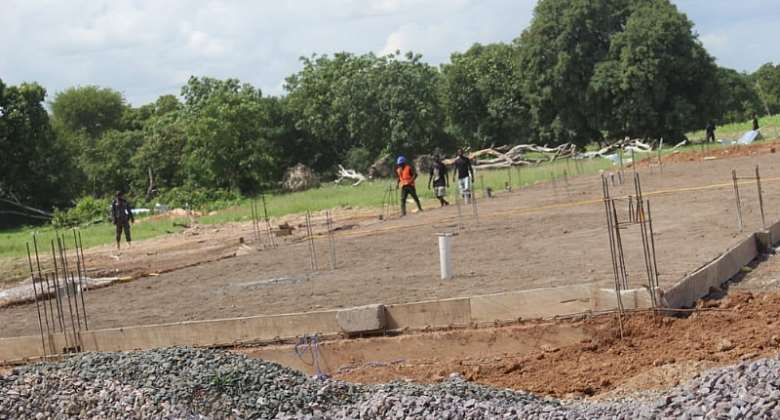 This portal has learnt that the President, Nana Akufo Addo was disappointed with the level of work done on the District Hospital project being constructed in the Bolgatanga East District in the Upper East Region.

The project is among a number of health facilities being built across the Upper East Region and other parts of the country, under the government's Agenda 111 initiative, which aims at providing hospitals for districts that do not have befitting health facilities.

While on his one-day working tour of the Upper East Region on August 5, 2022, he was taken to the site where the Bolgatanga East District Hospital is being constructed, unfortunately the president was not impressed with the level of work, considering the fact that others are closer to completion.

The District Chief Executive for Bolgatanga East District in the Upper East Region, David Amoah, is reported to have confirmed that indeed President Akufo Addo, was highly angry and dissatisfied with the slow pace of the construction works on the project in the district.

President Akufo Addo has thus issued a strongly worded advice to the management of the construction firm to speed to meet the deadline given, or risk losing the contract to another firm.

It is not clear what has caused the delay in the construction of the Bolgatanga East District Hospital, but some residents who spoke to the Daily Guide in separate interviews called on the contractor to speed up with the project, if the needed funds have been given.

Others called on the government to release the needed funds to the construction company if it has not been given already, to enable the company to fast-track work on the project and be able to meet the deadline given.

If the construction of the Agenda 111 health facility in the Bolgatanga East District goes as described, then it will serve as a referral hospital for other smaller health facilities in the district and nearby ones.