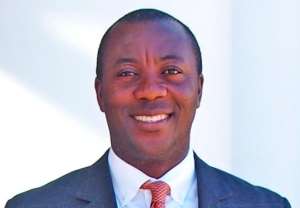 Mr. Eddie Mensah, the Managing Director (MD) and Principal of Accra's Right to Dream Academy, has emphasized the importance of women leading the decision making tables in the country.

He claimed that men at the helm of affairs, particularly Presidents, have consistently failed miserably.

Mr. Eddie Mensah said it was high time women are allowed to takeover and change the narrative.

He said this on Tuesday, August 9, at the 5th anniversary of Stanchart Ghana's GOAL initiative, which seeks to empower and build young ladies for the good in life.

According to Mr. Eddie, research has revealed that women Presidents outperform their male counterparts.

Mr. Eddie supported his claim by stating that countries with female Presidents were able to withstand the COVID-19 pandemic, whereas countries with male presidents are still blaming covid-19 for the failure.

“We have to accept the fact that, as men, we have failed in leadership because research shows that countries with female Presidents were able to deal more effectively with the COVID-19 pandemic than those with male Presidents,” he said.

He stressed, “So maybe we (Men) should accept the fact that it is time for ladies to take over.”

The anniversary was marked at the Stanchart head office in Accra on Tuesday, August 9, under the theme, "Celebrating 5 years of Goal in Ghana."

The scheme (GOAL), incepted in 2017, according to Stanchart Ghana, was mainly to break gender biases and challenges that plague adolescent girls and young ladies in the most deprived communities in Ghana, particularly the Eastern and Greater Accra regions.