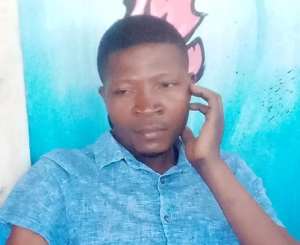 Kinshasa, August 8, 2022 – Congolese authorities should drop any investigation into the work of journalist Pacifique Mahamba and let him work freely, the Committee to Protect Journalists said Monday.

On July 29, Congolese police forced their way into the office of the privately owned broadcaster Blessing FM in Goma, in North Kivu province, in search of Mahamba, a reporter for the station, according to the Observatory of Press Freedom in Africa (OLPA), a local press freedom organization, and Mahamba, who spoke to CPJ in a phone interview.

Mahamba told CPJ that he was not in the office at the time, and employees of the station called to warn him that police were looking for him. The police team, which consisted of three officers and one commander, sought to question Mahamba over a July 28 broadcast about alleged sexual abuse by a police officer, according to Mahamba and the OLPA.

The journalist said that he has been in hiding but planned to go to the Goma police station on Tuesday, August 9, to answer questions.

“Congolese police should drop their investigation into journalist Pacifique Mahamba and cease all efforts to arrest him,” said Angela Quintal, CPJ’s Africa program coordinator, in Durban, South Africa. “DRC authorities should help create an environment conducive to independent reporting, not harass and intimidate journalists into silence.”

In that July 28 Blessing FM report, Mahamba interviewed Jules Ngeleza, president of a local civil society youth group, who alleged that a police officer working as a guard for former DRC President Joseph Kabila had raped a 15-year-old girl, according to Mahamba and the OLPA.

Benjamin Kolobe, a Blessing FM technician who was present when the police arrived at the station, told CPJ by phone that the police officers said they were looking for Mahamba over that interview, and that the unit’s commander was furious, saying, “Mahamba thinks he’s clever. We will eventually arrest him, wherever he is.”

When CPJ called Ngeleza, he said police were also seeking his arrest over that interview.

On August 5, the police commander who led the team that searched for Mahamba at Blessing FM also appeared at the office of the National Press Union of the Congo (UNPC) in North Kivu and insisted to union President Rosalie Zawadi that Mahamba had disseminated false information about the alleged rape, Zawadi told CPJ in a phone interview. The commander also asked that Mahamba refute the allegation and implicate someone else, Zawadi said.

CPJ called the provincial commander of the North Kivu police, General Aba Van, but no one answered.

Bawku Conflict : NMC cautions against "weaponization" of med...
21 minutes ago