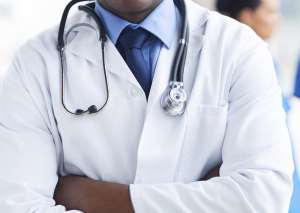 The Oti Regional Director of Health Services, Dr. Osei Kuffour Afreh revealed that 23 doctors have been posted to the region between 2020 and 2022.

He said out of that number only two (2) of the doctors reported.

Dr. Afreh mentioned that the doctor-to-patient ratio now is 1:29,000 — a worry to the region. He stated that by October this year four (4) doctors will leave to further their studies, a situation he described as a big blow to the health service in the region.

Dr. Afreh made these revelations during the Oti Regional Health Directorate's Half Year Health Review Meeting held at Worawora at Afariwaa Lodge Conference Hall in the Oti Region.

It was disclosed that the review meeting that Oti was the only region to record zero maternal death in the country. Dr. Afreh said maternal mortality was on the high some two years ago in the region.

According to him, he initiate the 'Zero tolerance for maternal mortality' policy together with the team to eliminate it. "Pregnancy is not an illness, so we don’t expect a woman who is giving life to lose hers," he added.

Meanwhile, Still Birth rate has increased marginally from 12% to 13.1%.

Dr Afreh noted that the persistent areas have been identified and plans are underway to eradicate this menace. He attributed the cases of Nkwanta North District to less staff handling a populous district.

He stressed that inadequate health workers with only one (1) doctor taking care of the whole district is a major contributing factor. He added that Krachi West has many island communities hence accessing health care is difficult for most residents.