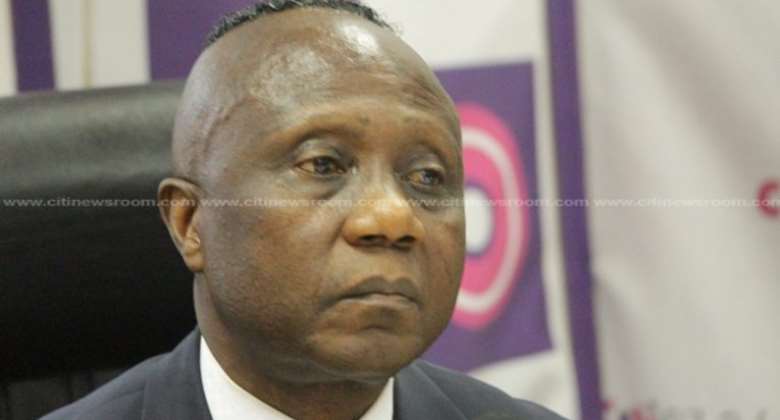 The Director of Research at the Institute of Economic Affairs (IEA), Dr. John Kwakye, is worried about the effect the latest Standard and Poor's (S&P) global ratings will have on investor confidence.

On August 5, 2022, S&P downgraded Ghana's foreign and local credit ratings from B-B' to CCC+C with a negative economic outlook.

According to S&P, the downgrade is due to intensifying financing and external pressures on the economy.

Touching on what this means for the Ghanaian economy, Dr. Kwakye said “the latest ratings will have a tremendous impact on our economy. Already, our access to the international capital market has been virtually blocked. This downgrade will further hinder the process of getting access to credit facilities in the next few months.”

“We are in a very bad situation,” he added.

The IEA Director of Research is however hopeful that government's decision to seek an International Monetary Fund (IMF) bailout will restore investor confidence.

He expects that negotiations with the IMF will be concluded as soon as possible.

“I understand the IMF negotiations will take months. The delay won't help us at all. We should be able to conclude this quickly. This will grant us the needed policy credibility.”

“I am hoping that we will be able to conclude the negotiations quickly so that we can have some debt restructuring, financial assistance, and policy credibility to regain the trust of investors,” he added.

S&P Global Ratings said though government has taken steps towards consolidating the fiscal deficit, including the recent passage of the Exemptions bill, high borrowing costs and softening growth make it difficult to put debt to GDP on a downward path.

After a careful assessment of the economy, S&P also reviewed the country's economic outlook as negative. The negative outlook, in a statement issued by S&P on Friday, August 5, 2022, reflects Ghana's limited commercial financing options, and constrained external and fiscal buffers.”

S&P Global Ratings also noted that the Covid-19 pandemic and the Russian invasion of Ukraine had worsened Ghana's fiscal and external imbalances.

Currently, the local currency which has seen a sharp depreciation in recent times is nearing ¢9 to one US dollar.

It would be recalled that government earlier this year introduced some revenue generation measures such as the E-Levy, the Tax Exemptions Bill, and some cuts in discretionary spending.

However, S&P notes that while these changes could improve revenue generation going forward, the situation remains challenging.

Bawku Conflict : NMC cautions against "weaponization" of med...
52 minutes ago