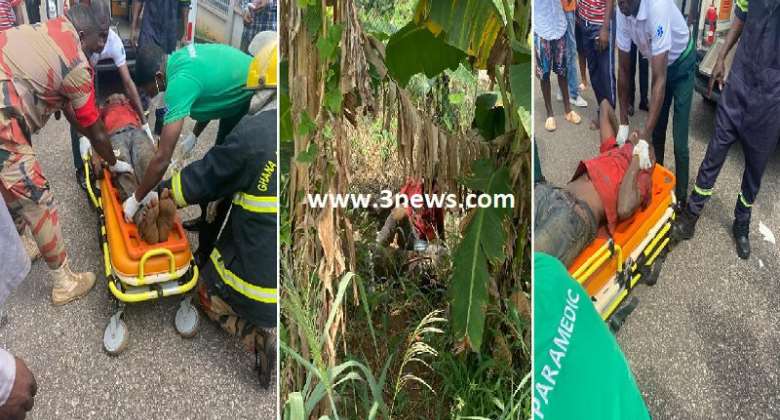 The entire Bulk Power Station that supplies electricity to Nhyiaeso, Danyame, Ridge, the Ashanti Regional Coordinating Council (RCC) and its environs went offline after a thief in his early 30s got electrocuted while attempting to steal cables.

The said ECG station is located close to the RCC in Kumasi.

The thief almost lost his life after he touched the wrong wire to cut it off to go and sell.

He got seriously electrocuted and parts of his clothes caught fire as he got shocked, burning his body though still alive.

Fortunately for him, there was a blackout that released him from the grip of the electricity though suffering a great deal.

He has been admitted at the Komfo Anokye Teaching Hospital and is receiving intensive care while police have officially notified him of his arrest.

In recent times, the Electricity Company of Ghana (ECG) has witnessed massive cable cuts which have resulted in the demise of many people in Kumasi.

Last week, a similar incident happened at the Ridge Station A, where a young man in his early 30s was electrocuted.

The Ashant Regional Director of the Electricity Company of Ghana , Ing David Boadi Asamoah, expressed serious concerns about the situation.

“This is unacceptable and we cannot as a company allow this to prevent customers to enjoy reliable power supply. I want to use this opportunity to appeal to the general public to feed us with reliable information on this development,” he said.

He pointed out that the company loses a lot of revenue through activities like power theft, illegal connections and others in the Region.

“The ECG losses were from our inability to pay, unwillingness to pay power or power theft,” he stated, pointing out that “every Ghanaian must be responsible and pay for the energy he or she consumes”.