The cost of lawlessness 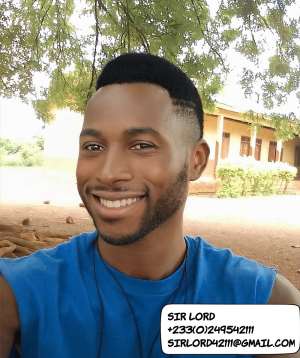 When "Akosombo" (electricity) first came to Goka, during the reign of John Agyekum Kuffuor as the president of Ghana, and Oburoni Vasco, the regent of Goka, long before Okokyeredom Ampofo II was installed as a chief, a lawless miser caused total darkness to the entire religious and pilgrims pride town of Goka.

Electricity was nothing new to the Goka people, because decades earlier, the renowned prophetess Maame Sarah of blessed memory, had personally funded the illumination of Goka streets and homes of the relatively rich individuals with a diesel powered generator lighting system. But being connected to that of the entire nation, and funded by the taxpayer was a different terrain altogether.

Now on the national grid, the government representatives announced that only qualified and certified electricians are to be contracted to connect electric power to people's homes. Unqualified and quack electricians who flout this dictate would face the full rigours of the law with a mandatory surcharge of damages caused to the Electricity Company of Ghana (ECG).

But a naughtily miser of Asante import and a settler at Goka, Kwaku Duakwa, never heard any of this serious decree by the authorities.

He purchased cables from a low price shop in his native Kumasi, and upon reaching Goka, under stealth, he wired his entire apartment. When night fell, he wanted to surprise his neighbours with his newfound happiness - electricity in his home.

Luck however eluded him, nature cannot be cheated, so is science and practicality; all his entire compound shook and trembled violently with electric shock, and his fuse got blown, causing the entire town to be burdened with total darkness for three troubling days. Those who had stored food in fridges watched it spoil, the televisions were useless, mobile phones went off with no power to charge it. The barbers and the hairdressers were out of job, so did any other business that depended on electricity to operate. It was only those that had fuel powered generators to charge phones at an exorbitant price who stayed in robust business.

Investigations commenced, and it fell on the recalcitrant Kwaku Duakwa to be the cause of this misery, as people who are now accustomed to sleeping under electric fans can't go to sleep anymore without it.

If he was to pay the full cost of the damages caused, even letting out his blood bit by bit to defray it, Kwaku Duakwa will have none remaining in his veins to stand his ground as a living being. Yet, the law can't be sympathetic to lawless folks, and he was convicted to spend time behind bars to learn how to be law abiding, and also serve as a deterrent to others.