The case for Raila Odinga as Kenya’s next President 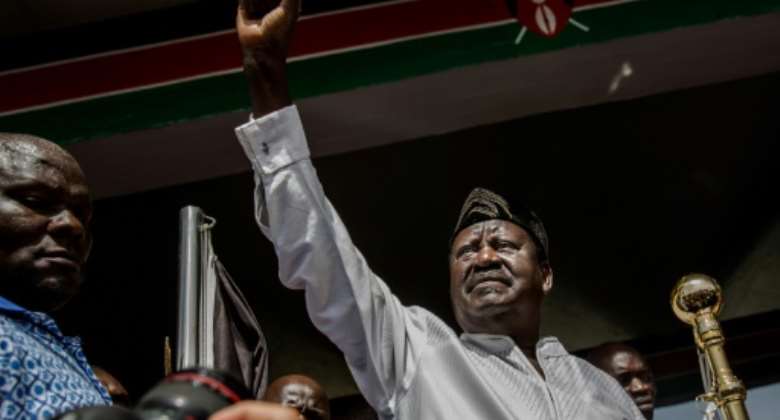 Kenya, East Africa’s most stable country and largest economy, and Africa’s 6th largest, will choose its next President on August 9th. According to Tifa Research, Nairobi-based pollster, the front runners were under three percentage points apart on Friday. The race is between veteran defender of multiparty democracy Raila Odinga, leading marginally with 46.7% of the votes, and the current deputy president and self-proclaimed “hustler”, William Ruto, with 44.4% of the votes. Every vote counts in this election.

Voting blue for the Azimio La Umoja coalition means addressing crucial structural economic issues in Kenya, which Odinga refers to as the “third liberation” or the “economic liberation”, as well as important political challenges.

A woman of all importance

No strangers to fighting the good fight, namely on social justice, multiparty democracy and anti-corruption, the former political opponents had worked together on matters of national importance such as the National Accord now stand united on what good governance and good government should look like.

The Odinga team want to enforce the framework that dictates that one in three positions in elective or appointive bodies should be held by women as provided for in the Constitution (thus far ignored by male politicians despite court orders) with the view to achieving gender parity. With over half of Kenya’s population being female, the potential contribution to the economy through women empowerment alone would be an engine for growth in and of itself.

Kenya, as many African countries, could become a major player in the world economy if it were not for the lack of sufficient quality jobs to absorb the rapidly growing young population. Global shocks and local climate have further exposed the fragility of the current economic structure and increased the risks of widespread social discontent and even unrest.

Azimio stresses the urgency of productive transformation. Front and central in the coalition’s programme is manufacturing. Odinga’s plan for Kenya is coherent and organic, identifying unexploited opportunities for further development of an already ebullient entrepreneurial population.

The emphasis is on specialization of communities’ local comparative advantages, by organizing production-related services as well as easier access to credit in order to scale MSMEs. When it comes to medium and large firms and Kenya’s integration in regional value chains, the plan is to have efficient and coordinated special economic zones.

The source of financing available for Kenya is, at least in part, volatile, dependent on external financial inflows and weakened by recent global and climatic events along with the increase of interest rates and the insufficient reallocation of Special Drawing Rights by wealthy economies to contain the debt fueled by the pandemic.

Investors are scared off by international risk assessments of African economies, consistently overestimated, rarely fully reflecting the situation on the ground. Consequently, the level of investments to accelerate productive transformation and industrialization may remain insufficient.

Odinga and his Azimio coalition team is has already been working with international experts to ensure financial stability and plan a legal and financial diagnostic of debt risk to identify potential overexposure to some creditors and future investors, and to draft a medium-term debt management strategy.

The global pandemic and the war in Ukraine are reshaping the geography of alliances, severely disrupting supply chains that need to be rebuilt on a different scale, often on a regional scale, which paradoxically offers the opportunity to further concentrate on rebuilding partnerships.

Odinga’s primary foreign policy focuses as much on strengthening political alliances such as the East African Community (EAC) to ensure peace and stability within the region, as on The African Continental Free Trade Area (AfCTA) that will provide more incentives for investments and better negotiation capacity internationally. The World Bank projected that if implemented correctly, AfCTA could lift some 30 million Africans out of extreme poverty, the majority of which are women.

A seasoned pan-Africanist, Odinga is well placed to champion intra-Africa trade. Former High Commissioner for Infrastructure at the African Union, he has been addressing some of the continent’s infrastructure bottlenecks and stressing the importance of collaboration within and between regional economic communities.

What’s in a name?

With some 17 out of 46 counties deemed as “volatile” according to the Institute for Security Studies, the coalition and the government aren’t leaving anything to chance. Reports from the campaign trail thus far indicate that it has been a more peaceful election.

That both candidates have chosen running mates from the Kikuyu tribe, Kenya’s largest ethnic group and that of the current President, certainly helps with votes. President Kenyatta is backing veteran opposition leader Odinga over his own deputy which bodes even better for a more peaceful election and a smooth transition.

In short, Odinga’s emphasis on gender, manufacturing, financial stability, internal and international alliances will benefit Kenya, as well as contributing to Africa’s integration and development. Which is why Raila Odinga should become the next President of Kenya.