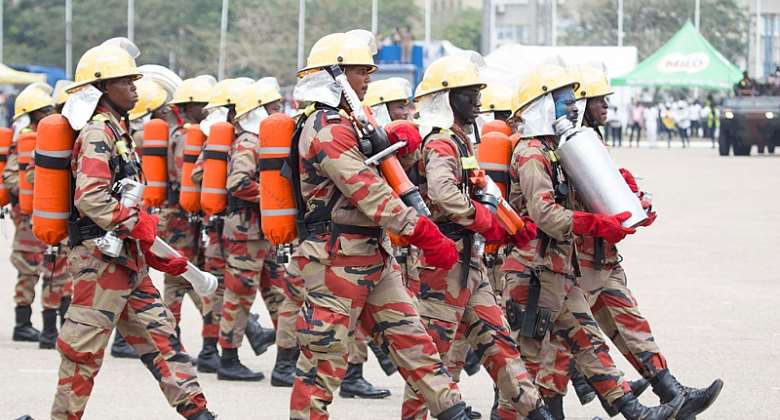 The Ghana National Fire Service (GNFS) has cracked the whip of indiscipline to deal with stubborn firefighters.

In an official statement from the Service, it has confirmed that eleven (11) fire officers have been sacked.

The dismissed fire officers include two senior officers and nine junior officers stationed across the various Regional and District Commands in the Country.

“The dismissed Officers were involved in various Acts of Indiscipline ranging from Vacation of Post to Recruitment Fraud,” parts of a press release issued by the Service have said.

It adds, “The Service would like to assure the General Public of its Commitment to uphold the highest Disciplinary Standards and shall always take appropriate disciplinary action against recalcitrant Officers."

The management of the Ghana National Fire Service is urging the General Public to report any acts of indiscipline against any personnel of the Service or call the Public Relations Department on 0299341436 for enquiries, clarifications, or complaints.