Teachers asked to whip up interest in English, Maths and Science 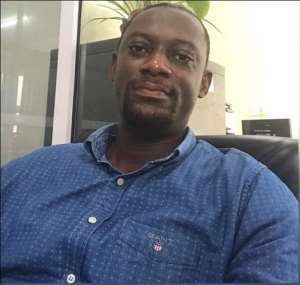 Michael Kwame Appiah, a Junior Assistant Registrar of the Ghana Communication Technology University (GCTU), calls on teachers to develop innovative means of whipping up the interest in the study of English Language, Science and Mathematics among students.

In his view, these three subjects are very instrumental in students’ progression to the tertiary level of education, explaining that failure in any of the subjects could deny them admission to any tertiary institution.

According to Mr. Appiah, he had observed that some teachers who handle English Language, Science and Mathematics were not innovative, making the students find it difficult to study them.

Speaking to the media ahead of the West African Senior School Certificate Examination (WASSCE) scheduled from August 1 to September 27, 2022 in Sunyani, Mr. Appiah said a lot of pupils and students fear English Language, Science and Mathematics “and it is therefore, incumbent on teachers to find innovative ways of teaching the three subjects to generate the interest of students.”

Mr. Appiah who has been a lecturer in English Language for more than a decade advised teachers to avoid the use of Pidgin English and unnecessary slang in teaching.

"Teachers should not only be seen as imparting academic knowledge to the students but their normal upbringing should also be your priority," he stated.

He advised students to refrain from the use of social media language in their writings, explaining that that could affect them in their internal and external examinations.

Mr Appiah said using the social media language could make them addicted or become more familiar with them, which might eventually make them end up writing them in their WASSCE or Basic Education Certificate Examination (BECE).

Mr Appiah called on the government, including managers of private schools to be committed to ensuring quality education through the employment of qualified teachers and supporting staff, and the creation of a conducive teaching and learning environment.

Mr Appiah charged parents to prioritise the education of their children by devoting part of their time to teaching and coaching them to study, saying, “parental role in education cannot be underestimated”.

He further called on parents and guardians to invest in their children's education since that was the greatest legacy they could bequeath to them.

Mr. Appiah charged the candidates to study hard to pass all the subjects, especially English, Maths and science.