Nana Akufo-Addo was not built a Leader 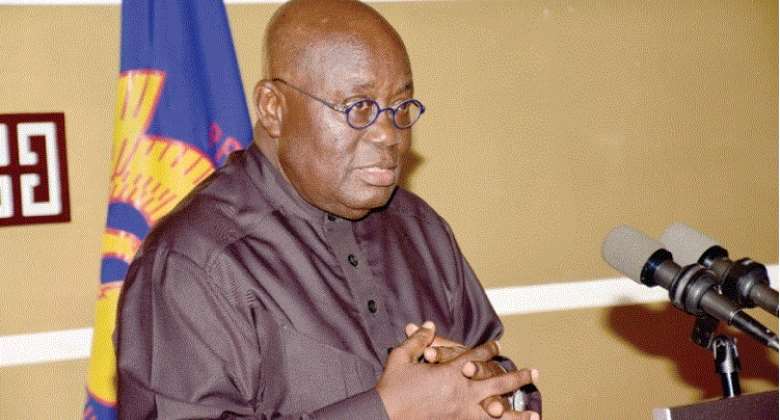 “Breaking the 8 will be the last great political feat of my career; help me achieve it” Nana Akufo-Addo.

As a political analyst, how do you understand the above statement? Nana Addo made this and other misguided statements on the anniversary of NPP’s 30 years of existence. Have you now understood what some of us said about Nana Addo, that he was not built to be a leader?

On what basis is Nana Addo even thinking of breaking the 8 in the midst of all these difficulties in Ghana? Does he know the inflation rate in Ghana is 30%, the highest in 20 years? Does Nana Addo know that the cedi to the dollar is now GHC 9.00? Does he know that a gallon of petrol is over GHC50?

Does Nana Addo know that our public debt is now at GHC 395 billion and our debt to GDP ratio is 85%? Does he know that the government owes every sector of the economy for at least 8 months? Does he know that out of his 125 ministers, only 20 are actually working? Does Nana Addo know the Presidency is next to the Police Service for Corruption? If Nana Addo doesn’t think he is ruling some fools, idiots and vulnerable, do you think he could have the courage to make those useless statements?

Or is Nana Addo counting on the Electoral Commission and the NIA to break the 8? The bottom line is, I don’t see why a completely failed and incompetent President, who should have resigned by now, is talking about the continuity of his bogus administration, unless he has put a rigging machinery in motion.

What I want to say is Nana Addo was not built a leader and can’t lead us out of the mess in Ghana. Ghanaians should tell him the truth by telling him to get us back to the 2016 era, when H.E. John Mahama was the President. In John Mahama, we saw a leader, who wasn’t faultless but far better than these Kangaroos who are now running the country. Nana Addo is the head of some caricatures, who are parading themselves as members of government.

If Nana Addo had not become President, a group of people in the NPP would have burnt Ghana by now. Today, we know he is just EMPTY.

Only a fool will think boos at Akufo-Addo was political mast...
9 minutes ago

My wealth exaggerated; it’s crass to define me by my wealth ...
44 minutes ago