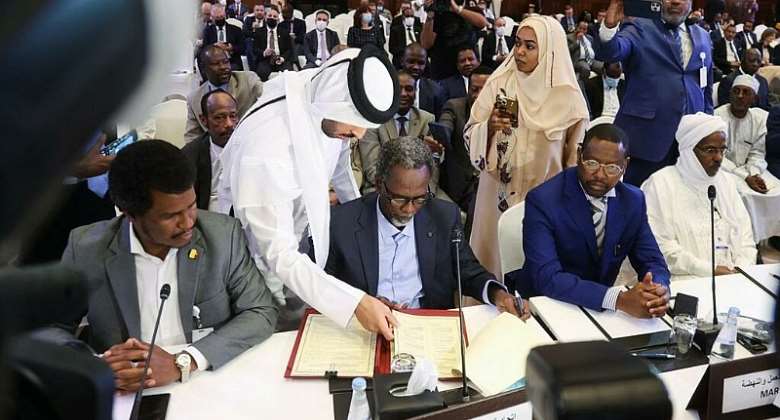 Chad's transitional authorities and rebel groups have signed a peace agreement in Qatar ahead of a broad national reconciliation dialogue due to begin later this month.

Monday's signing ceremony for the agreement – which included the parties agreeing to take part in a national, inclusive dialogue – was attended by more than 30 rebel groups, following months of talks in the Qatari capital, Doha.

However, details on how the deal will be implemented and how adherence to it will be monitored, were not immediately released.

A source familiar with the accord said those who had signed had agreed to a permanent ceasefire and to work towards civilian disarmament.

Chad's ruling junta has reportedly committed to not launching military or police operations in neighbouring countries against groups who had signed up to the deal.

Déby declared himself head of a Transitional Military Council in April 2021 after his father, longtime ruler Idriss Déby Itno, was killed while visiting troops fighting the rebel insurgency in the north.

Initially, the junta said it would oversee an 18-month transition to democratic rule, but it has shown little sign of organising elections as that deadline has neared.

The national dialogue, which is meant to include a wide range of groups and parties as well as the government and rebels, is slated to begin on 20 August.

Qatar's foreign minister, Sheikh Mohammed bin Abdulrahman Al-Thani, speaking at the signing, called on groups that had not signed to join the dialogue.

US ally Qatar facilitated the negotiations.