Angola's Eduardo dos Santos: an unlikely leader known for his 'judicious' use of violence

By Justin Pearce - The Conversation
Article 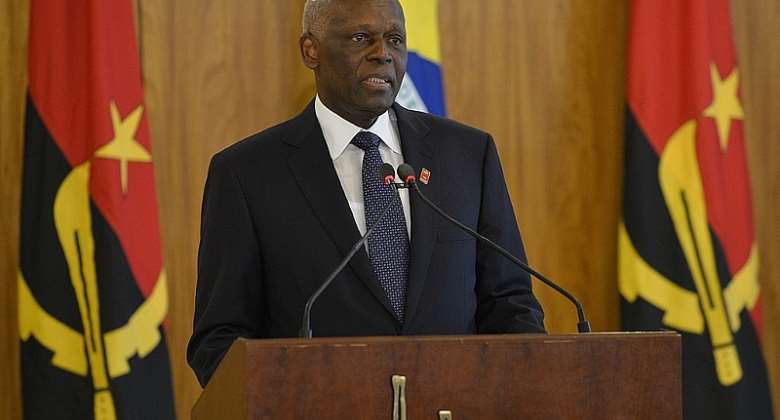 His 38-year tenure didn't stem from a talent for mobilising popular support. Instead, he held on to power through his ability to work behind the scenes and turn apparently adverse circumstances to his advantage.

He was born in Sambizanga, Luanda in 1942 , the son of poor immigrants from São Tomé – a detail that was used by his detractors to claim that he was not really Angolan. He was educated at Luanda's most prestigious state high school, the Liceu Salvador Correia . At the time, Portuguese policy ensured that only a handful of black learners qualified for such institutions. In 1961, when the colonial order was shaken by a prison break in Luanda and uprisings on the plantations of the north, Dos Santos was in his late teens. Like many educated black Angolans of his generation he left the country .

He studied in Baku in the then Soviet Union, where he met his first wife, Tatiana Kukanova, the mother of his eldest daughter Isabel. He served for a time in communications for the Popular Movement for the Liberation of Angola's ( MPLA) ) guerrillas in Cabinda, as well as in its diplomatic arm in various capital cities. This equipped him for his role as foreign minister in the first independent government from 1975. When a free Angola's founding president Agostinho Neto died in 1979 , the MPLA anointed Dos Santos, then 36, as party leader. This made him automatically the head of state.

At the time Angola was fighting a civil war (1975-2002) against Jonas Savimbi's rebel National Union for the Total Independence of Angola ( Unita ). This merged with a war of aggression from apartheid South Africa .

His party, too, was in crisis. Years of internal division had erupted in 1977 with an uprising led by a former government minister, Nito Alves , supported by many of Luanda's poor residents and by radical intellectuals within the MPLA .

The MPLA's leadership responded by transforming the organisation into an instrument of control rather than political participation. It was an environment where an aptitude for mobilising people was less important than the ability to manage the intricacies of intra-party politics.

The state's security depended on crucial relationships with Cuba and the Soviet Union. In the late 1980s, as the Soviet Union scaled back its international interests, the United States pushed for a peace deal that linked the withdrawal of Cuban forces from Angola to the independence of Namibia from South Africa , and eventual multiparty elections. The US assumed this plan would culminate in the MPLA losing power like other Soviet-backed regimes. It assumed wrongly.

Residents in Angola's coastal cities distrusted Savimbi. This, alongside the MPLA's control of state resources to fund its campaign, led the party to an outright National Assembly win in the 1992 elections. Dos Santos came within 1% of an outright victory in the presidential vote.

The government largely complied with requirements to disarm its armed forces, but civilian militia remained loyal to the MPLA and were complemented by a new partisan special police force. Despite its own substantial army, Unita had no chance of seizing power while contesting the election result .

The election results allowed Dos Santos to claim the moral high ground over Unita. And a return to war from 1993 provided cover for political repression. Dos Santos benefited from those aspects of the 1992 constitution that suited him, such as privileging the presidency over the party. He ignored those that didn't – like civil liberties and parliamentary oversight. Family members were indulged. Army generals were kept onside by the award of military and civilian state contracts.

In 2001, as Dos Santos approached 60 after more than 20 years in power, he hinted that he might step down. The question of succession had always been taboo. When the party secretary-general João Lourenço indicated his availability as the next leader, he was rapidly sidelined. When, in February 2002, the Angolan Armed Forces tracked down and killed Savimbi , and the surviving Unita leadership accepted peace on the government's terms, Dos Santos relaunched his presidential career under the soubriquet of “The Architect of Peace” .

Exponential growth in oil revenue and the opportunities for state spending in the name of reconstruction allowed the presidency to divert yet more funds to Dos Santos relatives and allies . The tide began to turn in 2011; Angolans protested publicly about the president's seemingly endless tenure. The regime responded by jailing 15 activists without trial for a year in 2015-16.

By 2016 Dos Santos was spending extended periods in Spain and word was that he was being treated for cancer. This was probably what forced the issue of the succession. But whom to back? His political allies were securocrats with no ambitions for the top spot. The party would never have supported a Dos Santos relative as his presidential heir.

Dos Santos's least bad option was to rehabilitate João Lourenço, hoping that both the party and the security establishment would trust the man – and, crucially, that Lourenço would not interfere with the Dos Santos corruption empire.

But when Lourenço won the 2017 election as the MPLA's candidate and took office amid a gathering economic crisis, he realised his only path to public approval was to distance himself from his predecessor. He removed Dos Santos's relatives from their executive positions and investigated their financial affairs . Dos Santos himself returned to Spain. Apart from a visit home in 2021 , he remained there until his death.

Some obituaries have called for a more generous remembering of Dos Santos, emphasising Angola's support for the struggle against South African apartheid . Yet it is doubtful how much of this legacy Dos Santos could justly have claimed as his own, other than by virtue of the political sleight-of-hand that secured his position as head of state.

For Angolan writer Sousa Jamba, Dos Santos's aptitude was in his “judicious use of violence”, and he left “no vision or philosophy” .

Luaty Beirão, who was jailed for his criticism of the regime, greeted the ex-president's passing with the words:

Zero pity, zero emotions, he is completely indifferent to me. Excuse me, I have the Wimbledon semi-final to watch.