Gaza truce between Israel and Islamic Jihad 'fragile' but holding 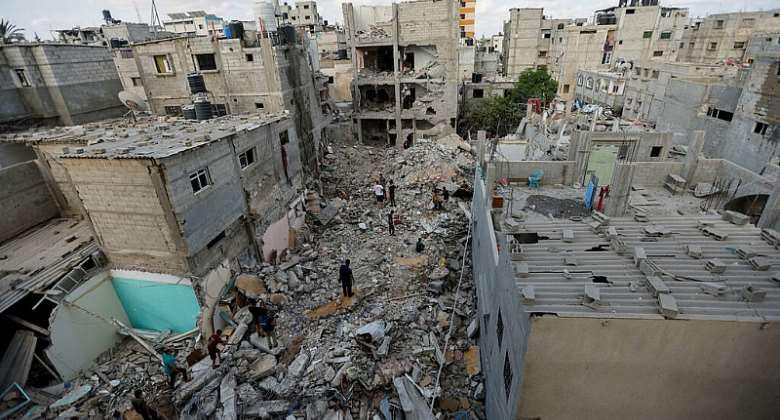 An Egypt-brokered truce between Israel and Islamic Jihad militants in Gaza appeared to be holding early Monday, raising hopes that the conflict, which cost at least 44 Palestinian lives, has ended.

The truce officially started at 11:30 pm (2030 GMT) on Sunday night. It follows the worst violence in Gaza since an 11-day war last year.

A number of strikes and rocket attacks took place in the run-up to the truce, with sirens sounding in southern Israel moments before and after the deadline, neither side had reported any major violations of the agreement after four hours.

While both sides have agreed to the truce, each has warned the other that it will respond with force to any violence.

US President Joe Biden welcomed the ceasefire, thanking Egyptian President Abdel Fattah al-Sisi for his country's role in brokering it. Biden also called for investigations into civilian casualties, which he called a "tragedy".

In a statement, UN Middle East peace envoy Tor Wennesland said: "The situation is still very fragile, and I urge all parties to observe the ceasefire."

Israel insists on right to respond

Since Friday, Israel has carried out heavy aerial and artillery bombardment of Islamic Jihad positions in Gaza, with the militants firing hundreds of rockets in retaliation.

Buildings in Gaza have been reduced to rubble, while Israelis have been forced to shelter from the barrage of rockets.

Israeli Prime Minister Yair Lapid's office late Sunday thanked "Egypt for its efforts" as it agreed to the truce, but said it that "if the ceasefire is violated", Israel "maintains the right to respond strongly".

Islamic Jihad member Mohammad al-Hindi had already confirmed the militants had accepted the truce, but the group added in a statement that it too "reserves the right to respond" to any aggression.

In addition to the 44 people killed, 15 of them children, the Gaza health ministry said 360 people had been wounded in the Palestinian enclave, which is run by the Islamist group Hamas.

Three people in Israel have been wounded by shrapnel, while 31 others have suffered minor injuries, emergency services said.