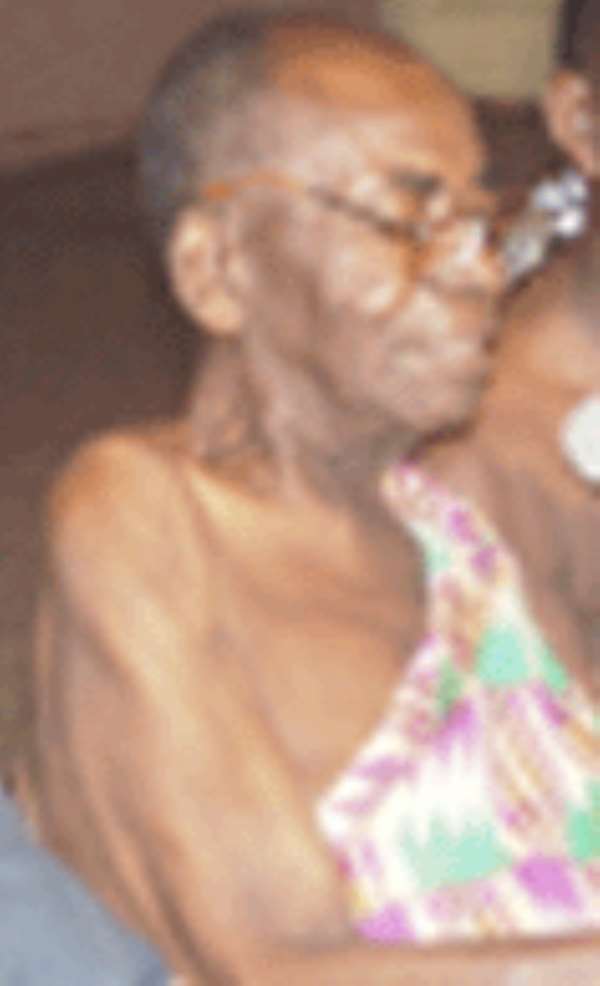 It would be grossly understating the fact to say that I was quite elated to recently read about the launching of a book titled “Government in West Africa” by the eminent Ghanaian historian Dr. Francis K. Buah. Likewise, it may also aptly be deemed as an understatement to observe, as Professor Ivan Addae-Mensah, former vice-chancellor of the University of Ghana, did to describe Dr. Buah as “a doyen in [Ghanaian] education.” Needless to say, Professor Addae-Mensah must have used the indefinite article of “a” in casting the yeoman's contribution of Dr. Buah to Ghanaian history and education, in general, in a bid to steering clear of controversy. But in reality, the former Vice-Chancellor of Legon, himself quite a distinguished scholar and scientist, need not have qualified his accolade, or tribute, to Dr. Buah in the terms that he did. And while I have not had the chance to revisit his remarkable corpus of historiography, I make bold, without fear of any contradiction, to observe that no Ghanaian historian inspired and influenced me while I attended grade, or elementary, school than Dr. Buah. And so in a real sense, for many of those of us who were either born or grew up in the 1960s and '70s, Dr. Buah was the equivalent of Herodotus, the putative Father of Greek and Western historiography.

Of course, there was also the intellectually redoubtable Professor Adu A. Boahen, with his equally seminal “Topics in West African History,” which quite a number of us studied for our General Certificate in/of Education (GCE “O” Level). But for the most part, we came to Adu Boahen after F. K. Buah had fairly solidly grounded us in the curricular fundamentals of Government and Civics. And, indeed, it was while studying a text authored by Dr. Buah in the late sixties, at the University of Ghana's Staff Village Primary School, that I decided to become a historian. I would go on to collect the History prize at St. Peter's Secondary School, Okwaku-Nkwatia, at about the same period that Dr. Buah served as Minister of Education in the ill-fated Limann Administration of the People's National Party (PNP). Unfortunately, I don't quite remember the period between 1979 and 1981 very much, partly because I had barely fallen short of the voting age, although I had actually attempted, without success, to cast the ballot. And while I was squarely below the minimum voting age, I, nevertheless, felt myself to be intelligent enough to play an active role in the momentous choice of the country's leadership.

And I would have voted, back then, for the People's National Party (PNP) largely for personal reasons; for, needless to say, the party's rather rustic and primitivistic emblem and slogan of “Eye Abe” (It is the Palm-Tree) came off to me as a virtual no-brainer, as many an ordinary American would say. In brief, the pseudo-mystical notion that, somehow, the multi-utile – or multi-purpose – functions of the palm-tree automatically transferred and translated into a PNP political productivity appeared to fall flat on its proverbial prats. It also did not help matters that more than several of the Party's top-hierarchy possessed the sort of public-service resumes that could have readily landed them in the slammer rather than in august cabinet positions. It, therefore, came as no wonder that the largely effete and decrepit top constabulary of the PNP would screech our proverbial ship-of-state to a chaotic and deafening halt within the brief temporal space of two years. And, needless to say, matters were scarcely helped when Party officials also did not appear to be capable of distinguishing the inviolable interests of the State, or Nation, from the purely sectional interests of the ruling party. Thus the egregious misappropriation of public funds was mistranslated and promptly read as “the Party's internal affairs.” And in the preceding process, what resulted was a tragic and pathetic reprise of the seamy aspects of the Nkrumah years.

And so when Professor Addae-Mensah alludes to the fact that “but for the military intervention of 1979, the educational reform programme that Dr. F. K. Buah and others were drafting for the Limann government would have been completed and implemented,” it is not quite clear just what Professor Addae-Mensah is talking about. Indeed, as a top PNP functionary, Dr. Addae-Mensah, if memory serves us accurately, got himself and the PNP into a grand mess by playing what was then aptly termed as “The Nativist Card,” thus seriously riving the hitherto cohesive multi-ethnic composition of the Party. It was also about this period in Ghana's history that we began to lose our Anglophone West African academic primacy, as annually measured by the results of the West African Examinations Council (WAEC). But what is also quite significant, in view of the fact that the former Vice-Chancellor of Legon decries the summary intervention of the military, is the fact that sizable numbers of the leading members of the People's National Party, including the late Mr. Ato Austin, would readily throw in their weight and, with it, their lot, with the so-called Provisional National Defense Council (PNDC). It was almost as if, as occurred in the Kulungugu era of the Nkrumah-led Convention People's Party, a full-half, or moiety, of the top-hierarchy of the PNP, the ideological heir to the CPP, had all along been plotting against the other half and then each other from day one, as it were.

The preceding notwithstanding, what struck me as quite salutary and edifying regarding the recent launching of Dr. Buah's book, as reported by Ghanaweb.com (7/18/05), was the great historian's opportune call on Ghanaian politicians to desist from the patently otiose use of such vacuous honorifics as “Excellency” and “Honorable” which, the venerable octogenarian aptly and poignantly observed, accrued no palpable, or measurable, benefits to the general development of the country. Actually, the renowned Ghanaian historian ought to have added that while such glaringly oversized and neocolonialist titles gave many a Ghanaian politician a largely regressive high, thus setting them up for the unmitigable exploitation of the proverbial working man and woman, the cost of maintenance of such nineteenth-centuryesque titles was insufferably prohibitive.

Indeed, Dr. Buah captured some of the very essence of the preceding observation by pontifically noting the fact that the veritable hallmark of public service is humility. “People would think you were from a different world if you should call Tony Blair, His Excellency, or George Bush, His Excellency George Bush. It is rather what you achieve which matters. [Indeed] there are people who have earned three doctoral degrees but never prefix their names with anything apart from Mister and this is what our politicians [ought to] learn from”(Ghanaweb.com 7/18/05).

Indeed, the United States Congress and the British Parliament have more members with doctoral degrees than almost anywhere else around the globe, yet one hardly hears of Dr. Bill Frist, or even at the gubernatorial level Dr. George Pataki, of New York. And to be certain, this writer only began to suffix, or affix, his name with a “Ph.D.” only after the African-American executive staff of “The New York Amsterdam News” weekly, for which he served as a freelance reporter and book critic for some 13 years, began questioning as to whether, indeed, he possessed a doctoral degree. The Amsterdam News senior staff appeared to have been discussing the preceding for some time until one day I sheepishly walked into the office suite of Mr. Selvin Michael, then financial comptroller of that leading African-American newspaper and showed him my doctoral diploma from Temple University in Philadelphia.

In sum, what the foregoing tells us is that having been globally enslaved, colonized and humiliated for nearly two-thousand years, African people have continued to struggle to recover our lost collective dignity by, it appears, any means necessary. And, indeed, in his quite intriguing political memoir “Death and Pain in Rawlings' Ghana,” Mike Adjei decries the apparently pathological obsession of Nigerians with such titles as “Chief.” There is no place on earth where the people love empty titles as much as Nigeria, author Adjei sneers, curiously forgetting the fact that in his own Ghana almost anybody who is able to afford one-square meal per day calls himself “Nana.” A question of the proverbial mote in a neighbor's eye being insufferably obtrusive, perhaps? *Kwame Okoampa-Ahoofe, Jr., Ph.D., teaches English and Journalism at Nassau Community College of the State University of New York, Garden City. He is the author of ten volumes of poetry and prose, including Sounds of Sirens: Essays in African Politics and Culture, all of which are available from Amazon.com, Powells.com, iUniverse.com and Barnes & Noble.com. Views expressed by the author(s) do not necessarily reflect those of GhanaHomePage.