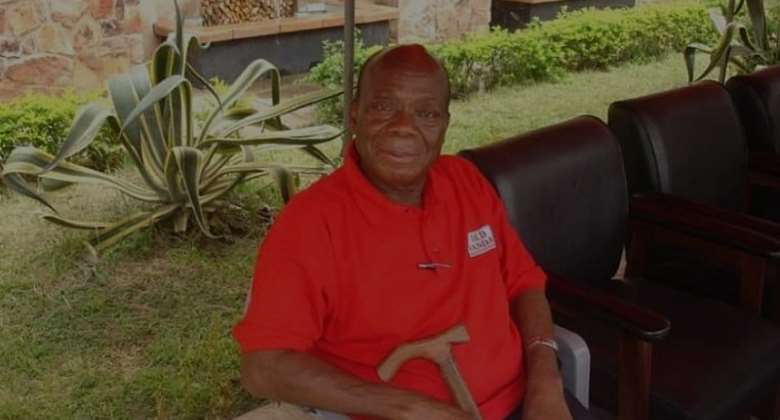 Vice President Dr. Mahamudu Bawumia has commiserated with the family and the entire ruling New Patriotic Party (NPP) fraternity over the demise of Mr Harona Esseku, former National Chairman of the Party.

In a statement posted on his social media handles, Dr Bawumia wrote: “I have received with shock the passing of Hon. Haruna Esseku”.

“Chairman Esseku was an industrious son of Ghana who served diligently as a Member of Parliament and also Transportation and Communication Minister in the Second Republic.”

“He was a founding member of the New Patriotic Party (NPP: Development in Freedom) who represented the Awutu-Effutu Senya District and again became the National Chairman in 2001. My condolences to the immediate family and the NPP. May Chairman's gentle soul find peaceful rest,” the Vice President stated.

A statement from the family said Mr Esseku died on Wednesday, August 3, 2022.

The late Esseku was a founding member of the NPP who became Chairman of the Party in 2001 till 2005.

At age 35, Mr Esseku became the youngest Cabinet Minister for Transport and Communications under the Busia's Administration in the Second Republic.

His political career started in 1968 when he was elected by the Awutus, Effutus, Gomoas and Agonas to represent them at the Constituent Assembly during the drafting of the Constitution of the Second Republic.

When the Progress Party was formed in 1969, Mr Esseku was one of the leading members.

In the elections that took place on 29 August that year, Esseku was elected as a Member of Parliament for the Awutu-Effutu-Senya Constituency.

At the onset of the Third Republic, he became a founding member of the Popular Front Party and later a member of the Steering Committee of the Party.

President John Agyekum Kufuor in 2007 conferred on him a national honour- the Order of the Star of Ghana Award.

He was married to Janet Esseku, a Ghanaian broadcaster who worked with the Ghana Broadcasting Corporation.

The burial and funeral arrangements will be announced by the family in due course.