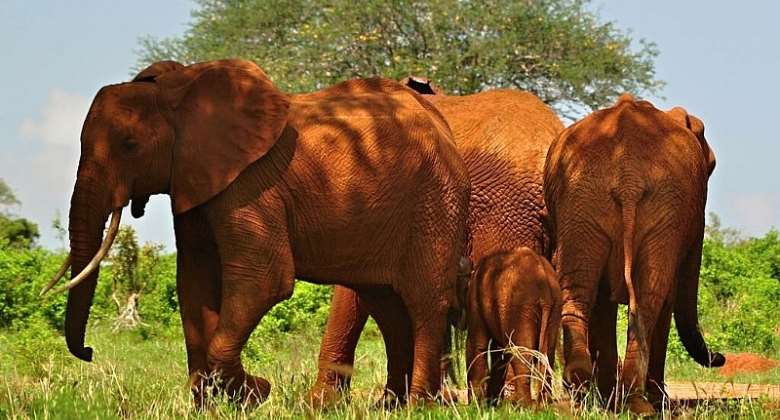 A foul-smelling liquid concocted from rotten eggs, cow dung and other natural ingredients is helping to save farmers' crops from hungry elephants in Uganda and Kenya.

The smelly elephant repellent was tested on 30 farms in Uganda, near Murchison Falls National Park, and 10 farms in Kenya, next door to Tsavo East National Park.

In Uganda, the mix stopped 82 percent of 309 elephant raids on crops, according to results published in the journal Diversity. In Kenya, it halted 63 percent of 24 raids.

The repellent also contains chilli, ginger, garlic and the leaves of the neem tree, a species native to India that is widely grown in East Africa.

These ingredients are crushed in a pestle, mixed with water, boiled and sieved before being left to mature for four weeks in an airtight container.

“All of those ingredients mix well together to make a horrible smell. To us it stinks, but we don't know how elephants perceive it,” Lydia Tiller, co-author of the Diversity study, told RFI.

“I think what it does is mask the smell of ripening crops because it is so bad and so powerful.”

Elephants in Africa frequently invade crops of farmers living next door to national parks, and sometimes they kill people.

The crops of Ugandan and Kenyan farming communities involved in the study are frequent targets.

The farms in Kenya's Lower Sagalla area live next door to Tsavo East, part of the Tsavo Conservation Area, which is home to nearly 15,000 elephants.

The Latoro farming area in Uganda is near the northern boundary of Murchison Falls National Park, home to 1,300 elephants.

For the study, the repellent was either sprayed onto one-acre plots of crops with hand operated backpack sprayers or placed in repurposed plastic bottles hung on a single-strand fence made from wire or string slung between sticks.

The bottles were perforated with holes to let the odour out.

Control sites of one-acre plots left without protection from the repellent were established at the farms in the study.

Tiller, who is also a research and science manager with Nairobi-based conservation charity Save the Elephants, said in the Kenyan field site tracks left by elephants bent on night time crop-raiding showed how they were brought up short by the stench.

“If elephants tried to break through the fence we'd go the next day and see footprints up to the fence, pretty close, and then see the footprints walking away,” she said.

It is thought the Kenyan field trial was less effective than the Ugandan one because the area is so hot and dry.

The repellent – which was only applied once per farming season during the three-year-long study – dried up more quickly and became less potent.

The study authors advise applying the repellent at least twice per season to ensure it remains effective.

In Kenya, only the fence-line method was used.
In Uganda, the repellent was also sprayed onto crops, where it was found to act as an organic fertilizer and pesticide.

“Some of the testimonies from farmers who sprayed it on their crops were, 'I've grown cabbages four times larger than I've ever seen',” said Marion Robertson, East Africa representative for conservation group WildAid and co-author of the study.

Greedy and selfish appointees sending NPP into opposition — ...
13 minutes ago

Ghana’s biggest problem is our 1992 constitution — Koku Anyi...
13 minutes ago