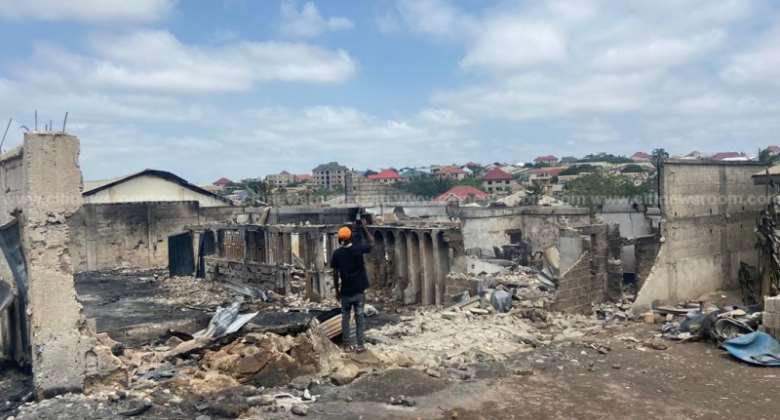 One person has died while two others have been admitted at the hospital after a fire gutted a plastic melting factory and about four residential buildings at Kronum-Kyerase in the Suame municipality of the Ashanti region.

According to officers from the Ghana National fire service, the fire started on the evening of Saturday at the plastic melting factory, but later spread to an 11-bedroom house and three other adjoining buildings.

The fire caused destruction to the properties in the buildings.

The Ghana National fire service says the deceased got trapped in the building in his attempt to help douse the flames in the early stages but lost his life when it escalated.

The two others who have been admitted at the Breman Hospital are owners of the factory and the 11-bedroom house who lost consciousness due to the extent of the fire.

The Breman Fire Station’s Divisional Commander, DO3 Selasie Avevor noted that the intensity of the fire require more tools from personnel than usual.

“The regional office had to come in because it was polythene and with the polythene, we also had to use the foam concentrate, so we could douse the fire,” he said as an example.

Where are DISECs in this whole galamsey brouhaha – Otumfuo q...
33 minutes ago

Akufo-Addo announces plan to establish Tourism and hospitali...
33 minutes ago