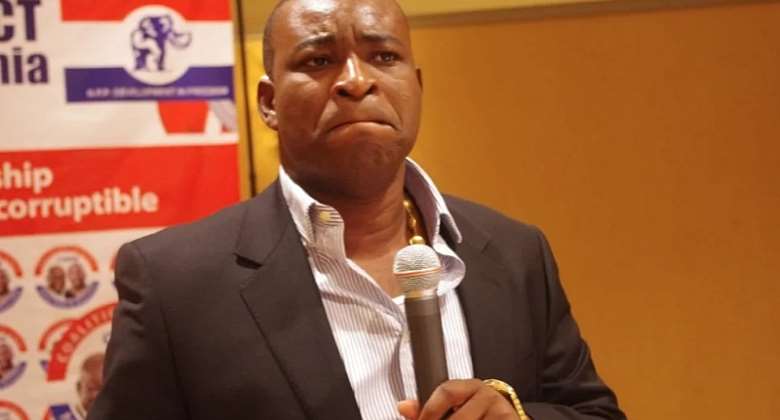 We have come across a video which featured the Ashanti Regional NPP Chairman, Bernard Antwi Bosiako popularly known as Chairman Wontumi displaying his usual gimmicks at Effiduase-Asokore Constituency when he was addressing some polling station and constituency executives.

In the said video, Chairman Wontumi indicated that we, the Polling Station Executives of the New Patriotic Party (NPP) in the Ashanti Region have declared our utmost support for Dr. Bawumia, and that, he cannot go against what his people want.

This statement to us is just mere rhetoric, comical and falsehood.

To clear the false impression created by our regional chairman, we are by this release stating categorically that, the flagbearer position is very important to us as polling station executives as far as breaking the Eight is concerned. Breaking the eight-year cycle of governance is not only a mantra to us, but it is a serious business, and we are very committed to achieving it.

We are getting tired of Wontumi’s character which is taking the shape of a dictator in the Ashanti region. This was even manifested in the national executives election in Accra, which many deem it a disgrace and unacceptable, and a dent on the image of the region. Chairman Wontumi is gradually reducing his influence, and we, the Concerned Polling Station Executives of Ashanti Region, are telling him unequivocally that, he cannot make a choice for us.

In fact, we are very focused, and as a result, endorse the highly competent and best brain, Dr. Owusu Afriyie Akoto, and not any known braggart.

Upon extensive research, we have rather settled on Dr. Owusu Afriyie Akoto as the outstanding and finest gentleman amongst the potential candidates, hence tip him as the next flagbearer of the NPP.

Dr. Owusu Afriyie Akoto is the person who has the grassroots at heart, and always associate and listens to the the plight of the grassroots. Dr. Akoto has also proven beyond all reasonable doubt that, he is the one who cares most about the welfare of the grassroots, and has the composure, charisma and confidence to lead the Party.

These are the many reasons for our call for the total disregard of Chairman Wontumi’s statement, and so, the public should treat it with the contempt it outrightly deserves.

On this note, we are confidently reiterating that, we have on no occasion endorsed Dr. Bawumia as the next flag bearer of the Party, rather, we have been calling on Dr. Owusu Afriyie Akoto as the next and best to lead. We believe in his competences, experiences and leadership qualities, and therefore, we are solidly behind him in his quest as both the flag bearer and the president of our dear nation, Ghana. We, in view of this, call on all and sundry to share in his visions and plans for the country in 2024 and beyond.

Inflation will remain high till the end of first quarter of ...
17 minutes ago