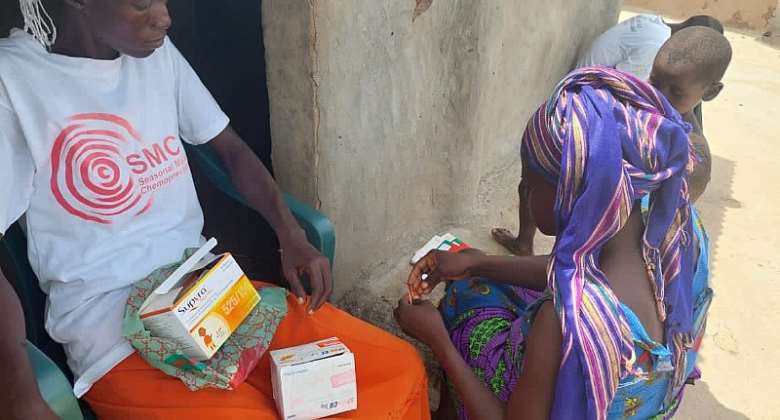 The second phase of the Seasonal Malaria Chemoprevention (SMC) exercise has ended in the Upper East Region.

The first round which started in June, this year, chalked 88.2 percent while that of the second phase ended in July with 96.4 percent coverage of the targeted children. The SMC dosage is a combination of Amodiaquine and Sulphadoxine pyrimethamine administered to children from 3 to 5 years of age.

In an interview with ModernGhana News in Bolgatanga, the Upper East Malaria focal person, Sydney Abilba indicated that the SMC exercise started 2016 as part of the mandate of the Ministry of Health and the Ghana Health Service’s numerous health interventions to help combat the prevalence of malaria which threatens the lives of children in Ghana.

He said the exercise is often increased during the peak of the raining season, where a lot of mosquito breeding sites with the vector abounds, causing malaria in children. Mr. Abilba stated that the effect of severe malaria infections on children under 3-5 years is devastating hence the intervention.

He added that the complication of malaria affects children's development, caregivers, parents and society in general in terms of productivity. The third phase of the four rounds exercise will commence on the 22 nd of August 2022, proceeding the fourth phase, to complete the year’s exercise under review.

Mr. Abilba urged parents and the general public to cooperate with the health workers and caregivers to ensure a successful end of the exercise.