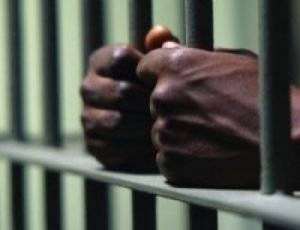 A man arrested for stealing parts of a transformer belonging to the Electricity Company of Ghana (ECG) has pleaded guilty to the offense.

He has accordingly been sentenced to spend a year (12 months) in prison by the Odumase-Krobo Circuit Court in the Eastern Region.

The convict, Isaac Azu was caught stealing parts of the non-functioning transformer at Kodjonya, a suburb of Odumase on July 31.

Although he tried to run, some residents pursued and arrested him before he was handed over to the Police together with the things he had stolen.

As presented by the prosecutor, Detective Chief Inspector Dan Apedo to the Odumase-Krobo Circuit Court, the convict stole six fuses, earth cables, and a switch all valued at about GHS2,731.38.

After he was arraigned before the court on August 3, he pleaded guilty to the offense.

As a result, the Odumase-Krobo Circuit Court in the Eastern Region presided by His Honour Frank Yao Gbeddy sentenced Isaac Azu to 12 months imprisonment.