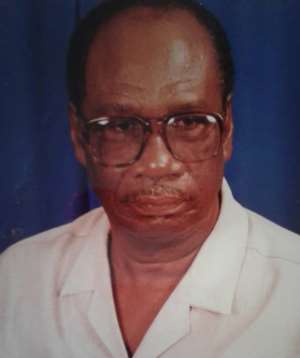 Mr R.K. Baffour had a very successful career as Deputy Director and Acting Director of Post and Telecommunications Corporation in the sixties and the seventies. Within this period, he led delegations from Ghana to several international conferences on Telecommunication.

He was noted for his proficiency, effective participation at ITU conferences, and his command of English and French. He was a signatory of the 1973 International Telecommunication Convention in Spain where the final protocol, resolutions, and recommendations of ITU were adopted. He also led the Ghana delegation to the 14th Plenary Assembly of ITU which was held in Japan in 1978. During his career that spanned over thirty years, Mr R.K. Baffour was admired by his colleagues and all those who came into contact with him for his unassuming nature, his discipline, honesty, and humility.

Great men die but their achievements live forever. May his soul rest in perfect peace.