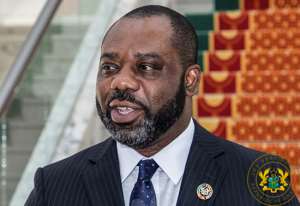 Government has urged Ghanaians to ignore the Minority in Parliament’s concerns that the impasse between ENI/Vitol and Springfield Ghana will result in a $7 billion judgement debt.

In a statement from the Energy Ministry, it said it is not aware of any judgement debt.

On the impasse between the two companies, the government said disputes are anticipated by the Petroleum Agreements, which provide elaborate mechanisms for settlement.

“What the parties are engaged in are exercising their rights under the Petroleum Agreements (PA) and the Laws of Ghana which govern them. The PAs provide mechanisms for dialogue and if that fails, it also provides recourse to arbitration as well as the use of third-party experts.”

It also noted that resorting to the law courts is an option.

“The use of these processes to resolve grievances are normal and are being used by parties specifically for that purpose. The so-called protracted impasse could therefore not have been occasioned by the Minister for Energy,” the statement added.

Reporting has indicated that ENI/Vitol challenged a decision of then Energy Minister, John Peter Amewu, for a Unitization and Unit Operating Agreement with Springfield Ghana, at the Sankofa and Afina fields.

ENI/Vitol said the decision was premature and did not meet industry standards.

A legal tussle subsequently ensued, with ENI/Vitol eventually initiating action in the International Court of Arbitration for 7 billion dollars against the Government of Ghana.

The government has said that the legal case in Ghana is a commercial case between ENI and Springfield and has nothing to do with Government.

“Government recognizes the independence of the judiciary and therefore cannot intervene. We also want to clarify that it was ENI that took Government to Arbitration so it is up to ENI to withdraw the case and together with Government find a solution without breaking the law.”

Teachers are the bedrock of our transformational education r...
3 minutes ago