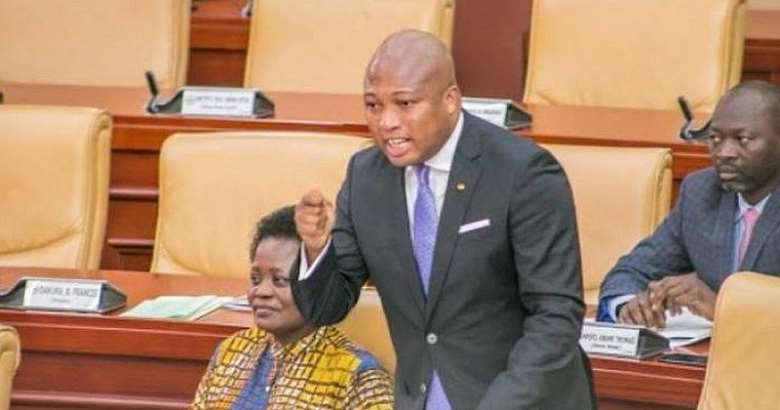 The Member of Parliament (MP) for the North Tongu constituency, Samuel Okudzeto Ablakwa, has launched a scathing attack on the Electoral Commission (EC) ahead of election 2024.

Mr. Ablakwa has revealed that the Commission is doing everything possible to rig the 2024 elections to aid the ruling New Patriotic Party (NPP) 'break the 8.'

With that, the vocal legislator warned the Electoral Commission not to play with what he described as the flaming fire of the opposition NDC in a discussion on the Accra-based Metro TV’s Good Morning Ghana show today, Friday, August 4.

“There is a clear agenda to rig [the elections]...but the EC must be told in clear terms that they are playing with fire,” he stated.

This comes after the EC presented to Parliament a draft CI titled Public Elections (Registration of Voters) Regulations, 2021 to regulate continuous voter registration.

The EC’s bill, if passed into law by Parliament will allow the Ghana Card as the sole requirement for eligible voters to register.

The decision to make the Ghana card the sole requirement for voters' registration, according to the EC, was taken at an Inter-Party Advisory Committee (IPAC) meeting with representatives of all political parties, in which the NDC was represented.

But the opposition has denied knowledge of the decision to use Ghana card for the elections.