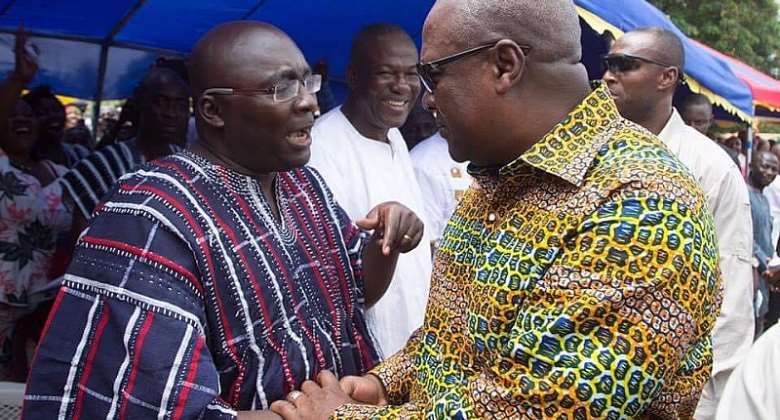 Matthew Opoku Prempeh, affectionately known as Napo, the Minister of Energy has endorsed Vice President Bawumia as the best candidate for the NPP ahead of the 2024 elections.

He believes Dr. Bawumia is the only candidate capable of defeating former President John Dramanin Mahama in the 2024 elections.

He explained on the Accra-based Peace FM's Kokrokoo show on Wednesday, August 3 that John Mahama's four-year administration was marred by four years of power cuts "dumsor."

He noted that the situation has changed under the current administration supported by Dr Bawumia.

“I will be very glad to have the head of Economic Management Team, Bawumia compete with Mr Mahama. If you're from the North, I'm from the North, after the North to North; we then get to the Zongo to say I am a Muslim, you are not a Muslim,” said Napo.

He explains, “Then we get to when you were a Vice President, a Committee was set up to investigate corruption but none of that has been recorded under this Vice President; from there we move to you were gifted a car but this one doesn't have that record."

He continues “From there, we go to BBC interview; you said you can't define corruption but this one says he can define it. Then we move to the purchase of a plane, this person didn't buy one but you did...Lest I forget, last one, a President that recorded four years of 'dumsor' against someone who has no such record.”

The governing New Patriotic Party's flagbearership election in 2023 is the most anticipated internal election in the party's history.

Big guns such as the Vice President would be competed by heavyweights such as Trade and Industry Minister Alan Kwadwo Kyeremateng, Agriculture Minister Dr Owusu Afriyie Akoto, and Mr. Boakye Kyeremateng Agyarko, a former Minister of Energy.