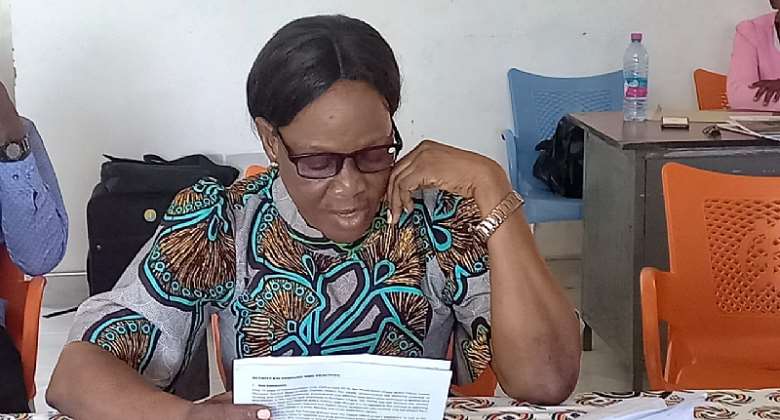 The Nabdam District Chief Executive (DCE) Agnes Anamoo has bemoaned the rising rate of teenage pregnancy in the district.

She said though, the district saw a reduction in the teenage pregnancy rate from 22 percent in 2020 to 15 percent in 202, it was still nothing to be content with as a mother, calling on all stakeholders to rise up to the challenge and put a stop to the canker.

This was disclosed in an interview with Modern Ghana News in Nangodi on the sidelines of a stakeholder’s engagement meeting on Adolescent Sexual Reproductive Rights (ASRHR), organized in the District by Rise-Ghana in collaboration with the Ministry of Health and sponsored by United Nations Children Fund (UNICEF).

Mrs. Anamoo said she has been in relentless talks with all the Traditional Authorities, Queen Mothers, health workers, opinion leaders, Assemblymen and women, youth groups, teachers, Faith Based Organization (FBO) together with the District Assembly to fashion out by-laws.

The engagements seek to set time for holding public events such as durbars, festivals passing out ceremonies and funerals among others to start and end early during the day.

Mrs. Anamoo stated that so far, the response is good but it must be enforced by all so as to help reduced teenage pregnancy to the bearest minimum.

She however touched on the eating lifestyle of the adolescent, especially the girls. she said the modern kinds of foods being sold in the markets, such as indomie, and fried rice, among others.

The DCE urged parents to rise and play a leading role by educating their children to learn to eat well.