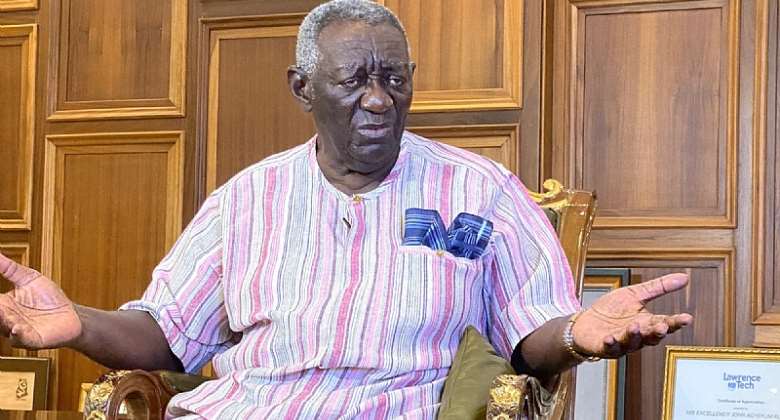 Ex-President John Agyekum Kufuor has expressed concern about how the credibility of internal political party elections and general elections are destroyed with vote buying.

According to him, current events indicate that political positions are reserved for the highest bidder.

Modernghana News monitored his recorded interview which was aired on Thursday, August 4 on the 'Ghana Tonight' show in which the statesman said “Currently, it seems if you want to have a say or to offer yourself for service you must also have tons of money to buy your way.”

Mr Kufour noted that the electorate should be allowed to vote freely without financial inducements.

“It is a social challenge and ideally, it should engage the thought processes of the entire society, especially in the institutions of high learning, among the professionals, among the business class, everybody should be concerned to think through,” he urged.

He adds “Yes you invest to do something but you don’t put money out to facilitate the enslavement of man. If you want to catch a flow, let's say you use corn, once you grab it, what do you do with it? You finish it.”

Referring to the late Kwadwo Owusu Afriyie aka Sir John’s popular statement 'fear delegates,” the former President stressed, “The late Sir John is credited having said, fear delegates [but] why should we fear delegates? The delegates really know that they are coming to exercise their right of choice to pursue a vision that should be truly honourable and beneficial to society generally. It looks like the whole thing has come out for sale.”