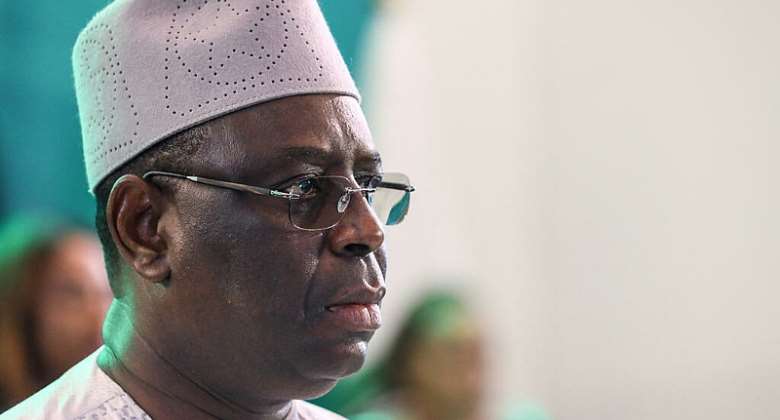 Senegalese President Macky Sall's coalition has lost its absolute majority in parliament by a single seat, despite finishing first by a narrow margin in last Sunday's polls, according to provisional results published on Thursday.

This is the first time since independence in 1960 that the ruling party has lost an absolute majority in Senegal.

The president's coalition won 82 of the National Assembly's 165 seats, down from the 125 it won in 2017. Eighty-two is just one seat short of an overall majority.

Opposition parties had already performed well in municipal elections in January, winning control of major cities including the capital Dakar, Ziguinchor in the south and Thies in the west.

In Sunday's election, they gained 80 seats in total in the single-chamber parliament.

For Sall, who has been accused by the opposition of wanting to break the two-term constitutional limit and run for president again in 2024, the disappointing legislative results could curb any such ambitions.

The president, who was elected in 2012 for seven years and re-elected in 2019 for five years, has so far remained vague about his future plans.

Late on Thursday, Sall tweeted in praise of the Senegalese people for the "exemplary nature of our democracy, the credibility of our electoral system".

His praise was echoed by French President Emmanuel Macron in a separate twitter message.

"Congratulations to the Senegalese people and to Senegalese democracy for the spirit of calm responsibility which has been the hallmark of these legislative elections," the French leader wrote.

The presidential coalition will pursue "reforms essential to the construction of a united, prosperous Senegal with the rule of law", said former prime minister Aminata Touré, who led the coalition's list in the elections.

Voter turnout was a little below 47 percent, the national vote-counting commission said.

International observers from the Economic Community of West African States and the Collective of Civil Society Organisations for the Elections said the vote had been peaceful and transparent.