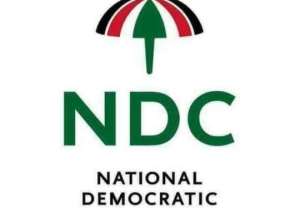 More than 200 members of the opposition National Democratic Congress (NDC) have been disqualified from contesting the August 2022 Branch Executive elections of the party in the Ayawaso West Wuogon constituency of the Greater Accra Region.

The aggrieved members say the party disqualified them on grounds that they were not permanent residents of the University of Ghana Legon campus.

The aspirants went for vetting on Tuesday and received text messages of their disqualification yesterday.

Speaking to Citi News, one of the disqualified aspirants, Adam Zakari said: “The reason we were given was that we're not permanent residents on campus therefore we cannot be branch executives at the various polling stations on campus.”

“We have engaged the regional executives, and they have asked us to submit a petition to the regional office, so we will do exactly that.”

The opposition party last month announced a roadmap for its internal elections. It has planned to hold the elections from July 20 to September 2, 2022.