Two children, one adult die in fatal accident at Bimbilla 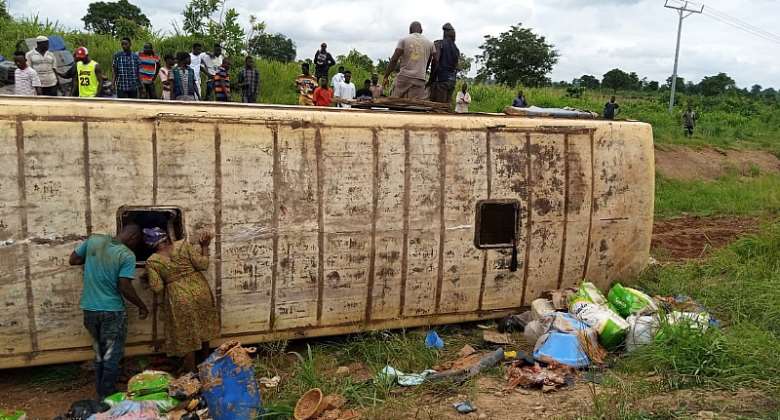 Three persons lost their lives and several others sustained various degrees of injuries in a fatal accident in an Accra-bound bus from Bimbilla in the Nanumba North municipality of the Northern Region on Thursday.

The three include two children and an adult.

The incident, according to some survivors on the bus, happened when the vehicle skipped off the road and landed on its side.

A surviving victim, Hajia Bintu Karim, said “I suspect the vehicle was overloaded. When I came in the morning and saw the car, I complained, but left the issue in the hands of God.”

“When I came to the station, I realised the tyres of the vehicle were flat. I said to myself, it could be that this vehicle is overloaded. I was travelling with my little child who was on my lap. The car was on its way when there was a sudden crash,” another survivor shared.

The victims are being treated at the Bimbilla Government hospital and those in critical conditions have been referred to the Tamale Teaching hospital.