A/R: Police on a hunt for gold shop robbers at Konongo 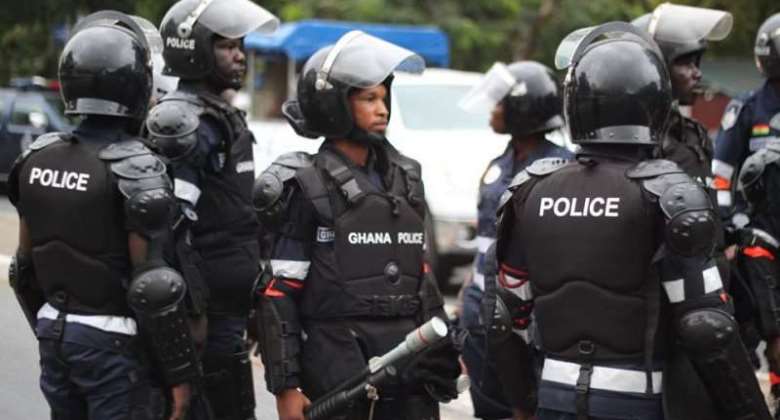 The Police have mounted a search to arrest a gang of armed robbers who attacked a gold buying shop at Konongo in the Ashanti Region.

According to a Police official statement, it received a distress call that there was an ongoing robbery attack on the Adom Gold buying shop on Wednesday, August 2, around 7:30 pm.

The Police moved quickly to the scene but the robbers fled upon seeing them.

They started shooting indiscriminately injuring an officer in the process. Police returned fire but the robbers managed to escape.

The officer is currently on admission at the hospital in stable condition. The Inspector-General of Police has spoken to him and the commanders on the ground.

There is currently an ongoing anti-robbery operation in the area to get the suspects arrested to face justice.

The Police are, therefore, urging members of the community to remain calm and be on the lookout for any suspicious persons among them and inform the Police accordingly.

“We also urge hospitals and other health facilities in the area to report to the Police any persons who report to them for treatment of gunshot wounds or any other wounds. We assure the public that we will get them,” part of the Police statement reads.