Stay on the message of Corruption 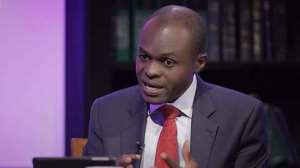 It is confirmed that the only thing Nana Akufo-Addo (Mampam) hears is when you tie him to corruption. Nana Akufo-Addo is so corrupt that when he hears the word “corruption” he feels heaven is coming down on him. He will then react immediately.

Do we remember when HE John Mahama retweeted Hon. Isaac Adongo’s tweet that the Jubilee House is now full of the Akyem Sakawa boys? Nana Addo had to hurriedly call the Christian and Catholic Bishops Council and complained to them that HE John Mahama referred to the Akyems as Sakawa boys.

Then last week, Martin Kpebu was forced to retract and apologize to Nana Addo for saying the President is part of a criminal syndicate at the Jubilee House. Martin Kpebu only confirmed on Newsfile what has been in the public domain for a very long time. I am sure Mr Kpebu did what he did because of what happened to Ahmed Suale, whose killers have still not been found.

Martin Amidu in his final letter as the Special Prosecutor, described Nana Akufo Addo as the Mother Serpent of Corruption. Because it was election year, Mampam pretended like he didn’t hear. I am sure it was one of the reasons Mrs Jean Mensah had to steal the 2020 elections for the NPP.

Same last week, there was a CDD report out which said that the Office of the Presidency is the most corrupt after the Police Service.

Dr. Dampare, the Inspector General of Police, has held a press conference to rubbish that report. He believes the Police Service today, is not corrupt as the report seems to suggest.

By the way, Dr. Dampare has held a press conference to rubbish the report but when will Nana Akufo-Addo also hold a meet-the-press to rubbish that CDD report?

Until Nana Addo comes out and rubbish the CDD report, I will urge Ghanaians and my NDC Communicators to stay on the message of Corruption. The Mampam in Ghana doesn’t hear anything except to tell him in his face that he is part of the criminal syndicate at the Jubilee House or he is a Sakawa boy. In other words, stay on the message that Nana Akufo-Addo is very corrupt, clueless and incompetent.