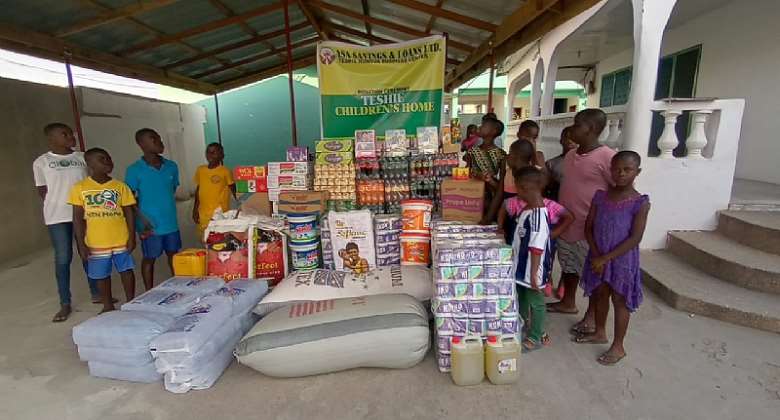 ASA Savings and Loans Company Limited have extended a helping hand to support the running of the Teshie Children’s Home.

The company on Friday, July 29, made a huge donation to the Children’s Home in the Greater Accra Region as part of its Corporate Social Responsibility (CSR).

The donation was led by the ASA Savings and Loans Teshie Nungua Businesses Centre.

During the visit to present the donation, the ASA Savings and Loans Teshie Nungua Businesses Centre Area Manager, Mr. Justice Korsah said his outfit is not only interested in making profits but to give back to the less privileged in the communities they operate in.

Receiving the items on behalf of the Teshie Children’s Home, owner and manager Mrs. Janet Anyeley Packer disclosed that the home which has been in existence since 1995 is dependent on donations such as the one done by ASA Savings and Loans Company Limited.

She appealed to other companies and the general public to donate to the home so that the children, widows, and widowers at the home can also live a comfortable life.

The Teshie Children’s Home currently caters for 43 children aged between 2 years 18 years, as well as 98 Widows and widowers.