By The Donkey Sanctuary
Nigeria 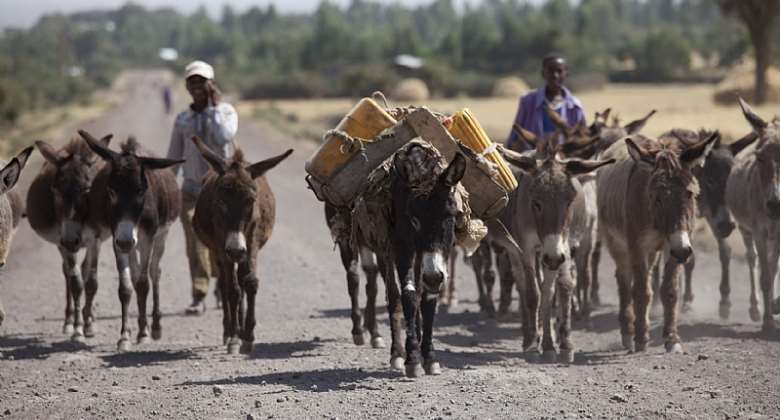 Donkeys help communities across the world - Credit The Donkey Sanctuary

The world’s largest equine charity, The Donkey Sanctuary, has welcomed moves by the Nigerian government toward an outright ban on the slaughter of donkeys as well as the export of their skins.

The charity is also shortly due to release its report on donkey farming, which clarifies why breeding donkeys is not a sustainable solution nor can it save these animals from the threat of decimation posed by the global skin trade in some countries.

The donkeys suffer at every point in the global skin trade process, from source to slaughter, due to the brutal and inhumane conditions that are a hallmark of this industry. Even the most vulnerable donkeys, including pregnant mares, young foals, and the sick and injured are taken and traded without consideration for their welfare or their pain.

Ian Cawsey, Director of Advocacy and Campaigns at The Donkey Sanctuary, said: “Nigeria joins other countries, which are seeing the catastrophic effect of the donkey skin trade, in taking action to protect their national herds.

“However, it is important that government actions follow scientific research in order to provide a safe and sustainable solution. Arguments on developing a regulated donkey farming solution may sound seductive but in reality, the science shows this is not going to be a viable way forward given the many difficulties of donkey farming and the low numbers breeding would produce.

“The Donkey Sanctuary will continue to speak up for donkeys under threat from the skin trade; we will ensure that governments have all the facts, which overwhelmingly show that this trade is unsustainable, will deplete donkey numbers and is increasingly linked to criminality and the illegal wildlife trade.”

For thousands of years donkeys have played a crucial role in sustaining communities globally, most often as working animals with little monetary value. However, their value as a commodity has increased in recent decades with the rising popularity of a traditional Chinese remedycalled ejiao, the main ingredient of which is collagen from a donkey’s skin.

The charity’s donkey farming report details the poor results of efforts to breed donkeys in sustainable numbers to meet demand, partly due to long gestation periods and susceptibility to stress, which can affect fertility.

The Honourable Minister of Agriculture and Natural Resources and other members of Nigeria’s National Assembly working to outlaw the slaughter of donkeys for the skin trade, have welcomed the report and used it to help address misinformation about the viability of donkey farming.