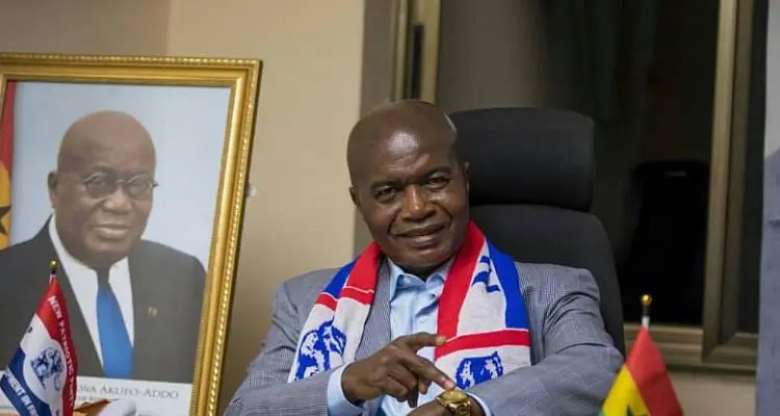 The victory of these two personalities Mr Stephen Ayensu Ntim and lawyer Justin Frimpong Kodua during the annual national delegates conference has brought a certain joy in the party, especially to the grassroots.

Looking at how happily the grassroots felt when the newly elected national Officers got elected during the Annual national delegates conference, it clearly spelt out, that there is a chemistry of hope in them by the grassroots.

The grounds can be fertile for the manifestation of Breaking the eight agenda to be well executed when the party's grassroots see some glimpses of hope in the party, by feeling belonging.

It is an open secret that the party's strength at the grassroot level, is a little bit shaking because majority of them are angry with some personalities in the party.

I will suggest to the newly elected national Officers to start a healing process of reconciling all the party faithful's who are angry with the party, because of the arrogant character and nature of certain individuals in the party.

It will be a bad record for the newly elected national Officers, if the party goes to opposition during their tenure, and if any mechanism is not put in place, the disunity in the party can landed the party into opposition if care is not taken.

I will suggest to them to form a complaint unit by appointing some members in every constituency to chair the Committee, this will enable the aggrieved party faithful's to get the opportunity to channel their grievances to the party.

The general secretary Lawyer Justin Frimpong Kodua the General can hand over the complaint unit to his deputy to supervise over it and report to him.

The complaint unit should be in every constituency, so that the Constituency will report to region and the region will also report to national.

At least the party faithful's will notice that their complains can be heard and be addressed.

If this mechanism is put in place most of the party faithful's will be bold to come to complain about any rot that is going on in their various Constituencies.

Written by the Ashaiman's Kwabena Yeboah the independent, fearless and credible personality in Ashaiman