By Daniel Arubayi - The Conversation
Article 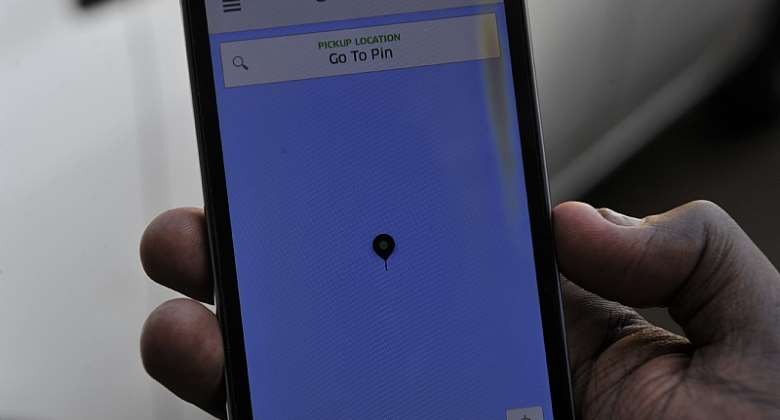 In July 2014, the ride-hailing app Uber emerged in Lagos, offering the public improved mobility through technology. Uber, at the time, was valued at US$18 billion and had launched in 205 cities. Its competitor, Bolt, arrived in Nigeria in 2016.

These apps enable passengers to request a taxi service immediately. They can see information like the fare range, driver ratings, trip distance and driver's arrival time. The driver sees the passenger's location, fare range and passenger rating. The driver gets a short time in which to accept or reject a trip request.

Lagos was an obvious market for a transport solution. The city is Nigeria's financial, economic and digital hub, with over 15.4 million people and a public transport system under strain. From the rider's point of view, Uber and Bolt offered the benefit of improved vehicles, cheaper fares, efficiency, traceability and safety.

The benefit for potential drivers was employment.

When Uber came to Nigeria, the unemployment rate was around 4.6% . By the time Bolt arrived in 2016, it had increased to 9.1%. Youth unemployment increased from 8.1% to 12.4% in the same period, and there was a recession. It was easy for these platforms to tempt potential drivers and employees with popular phrases like “be your own boss”. These platforms advertised that drivers made between about US$286 and US$477 a week. The minimum wage was 18,000 Naira (US$43.34) a month at the time and even white-collar workers were poorly paid and sometimes had to wait a long time to be paid.

Uber and Bolt seemed to perfect the platform idea. The systems created digital identities for drivers and managed them through algorithms. This was supposed to create transparency, accountability, autonomy, flexibility, safety and security. But it also created challenges for drivers.

I researched this for my PhD thesis, exploring the impact of algorithmic management on platform drivers in Lagos and how they resisted these hidden forms of control.

For the advantages of ride-hailing platforms to outweigh the challenges, algorithms must reflect the realities of drivers and nuances of the city where they are used. Traceability and safety on platforms must be improved, too, especially as the business model is adopted by more startups across the transport, delivery and domestic work industries.

Impacts of algorithmic management in Lagos

The design of the Uber and Bolt platforms demands top-notch service from drivers. This is done through performance evaluations (such as ratings, and acceptance and cancellation rates); transparency of payment (dashboard display of earnings); incentives (promotional trips); and sanctions (disciplining bad or unsafe behaviours by blocking or deactivating drivers).

To understand how this worked in practice in Lagos, I interviewed 25 drivers over six months, took 40 platform trips and carried out three focused group discussions with both platform drivers and traditional taxi drivers. I also used online worker groups on Facebook and interviewed passengers, policy representatives and venture capitalists. In total, about 70 people were directly involved in this study.

In this article, I summarise some of the challenges and strategies of resistance that my research revealed.

The first challenge the platforms present is that drivers can be exposed to danger . A ride-hailing driver has to register with a platform by providing personal information such as a valid driver's licence, certifications such as proof of the vehicle passing inspection, address and guarantors to validate worker details. Passengers provide less personal information: contact numbers, bank card details (optional), email addresses and addresses which are not verified. Drivers are vulnerable to passengers. One driver said:

A good number of drivers have been killed by riders because platforms do not profile them well. They do not often input their correct information in the app; they are collecting cars and killing people.

Even if passengers are blocked from the app following drivers' complaints, they can re-enter the platform ecosystem with different accounts. In contrast, drivers can be temporarily or permanently deactivated if a passenger complains – even falsely. Drivers are calling for better scrutiny of passengers because they do not feel safe on platforms. Drivers complain they are sometimes misled into traffic jams. Daniel Arubayi

The second challenge is the inaccuracy of embedded digital maps. In a city like Lagos, a poorly built environment without a proper address system, the app can mislead drivers to traffic jams, bad roads or areas undergoing infrastructural construction. This can delay pick-up or arrival times, lead to conflict with passengers, affect the fare, increase cancellation rates, and reduce ratings.

Read more: Lagos's chequered history: how it came to be the megacity it is today

Passengers complicate this issue by switching pickup locations or providing false locations. This affects drivers' arrival times and hence their performance record. The algorithms don't properly account for these realities of driving in Lagos.

Drivers have found ways to resist the algorithms to make more income. For instance, drivers ask riders to cancel a trip so they (drivers) aren't penalised by cancelling it themselves. They earn a cancellation fee and then take the passengers on the trip anyway – offline.

Drivers persuade passengers to do this by raising the possibility of traffic jams, dangerous or very distant locations and bad roads. They then suggest that the rider cancel the trip and go offline on a better route at a lower fare.

Sometimes, passengers initiate offline trips, especially if they go to multiple destinations or travel out of the city. It suits the drivers because they are not entirely subject to the algorithm in terms of payment, ratings and directions from embedded maps.

Social media and communication networks such as Facebook, WhatsApp and Telegram are central to drivers' resistance strategies. These online environments serve as daily commentary on the job and a source of tricks for how to resist algorithms. Drivers can comment on whether a proposed offline fare is reasonable, for example, or share details of a passenger for safety.

One informant told me a story about a female passenger who refused to pay a driver:

When this was posted in the WhatsApp group, about 27 drivers visited the lady, seized her iPhone, and collected the fare, including money for damages.

Platforms such as Uber and Bolt possess the power to fully digitise the transport industry in Lagos with their technology.

But platform algorithms in isolation cannot solve the challenges drivers experience, mainly when contexts are so different from the global north where the platforms were designed.