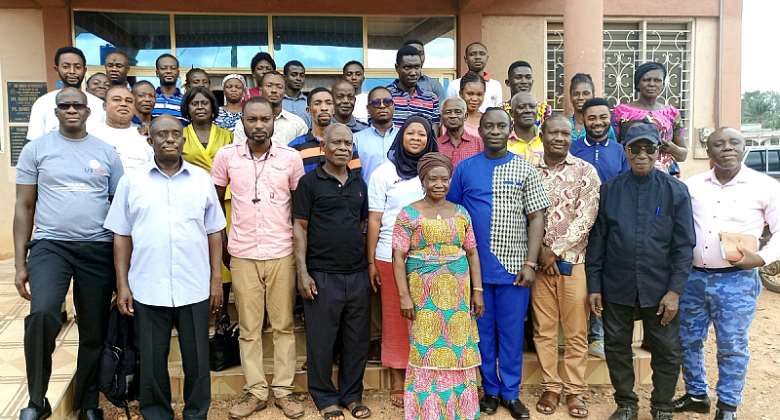 Some farmers in the Obuasi Municipality have bemoaned the impact of continuous post harvest losses due to the lack of storage facilities to store their produce.

They were of the view that the situation is hampering their work and preventing them from raking in the needed revenues since they have to sell their produce cheaply to prevent them from going bad.

He said most farmers at the end of the day's sessions also complained about the high cost of fertilizers, weedicides and pesticides as well as bad roads linking their farms.

He noted that the challenges encountered in the Agricultural sector especially regarding low prices of farm produce has resulted in high attrition rate in the sector and has affected Government's flagship program, Youth in Agriculture.

"The fear of Post-harvest losses has resulted in farmers drastically reducing the prices of their produce. This has also affected their income as well as their means of survival. Obviously, this serves as a major disincentive for the Youth who wants to venture into Agriculture," Dr. Ernest Baafi stated.

He assures that the challenges raised by the farmers will be taken to the policy level for government to deal with them. He added that they will conduct research into some of the solutions suggested by the farmers themselves, to come out with best solutions to them.

The Obuasi Municipal Agric Officer, Raphael Atta Preprah spoke about the importance of the planning session. He said it has offered the Agric Extension Officers the opportunity to have first-hand information about the real problems facing the farmers.

Again, he said the program has thrown more light on the homegrown measures needed to bring relief to farmers in the Obuasi Municipality.

He assured farmers in the Municipality that his office is always open for them to seek technical assistance to help them adopt the best farming practices. He also promised to liaise with the Obuasi Municipal Chief Executive to find solutions to the challenges highlighted by the farmers during the program.

Stressing some of the challenges farmers in the Municipality have to grapple with, Madam Patricia Nuamah, a Vegetable farmer at Adaase underscored the effects of the activities of illegal mining on their farms. She revealed that the activities of the illegal miners have destroyed the water bodies hence making irrigation difficult.

She called on government to come to their aid to provide irrigation facilities for them.