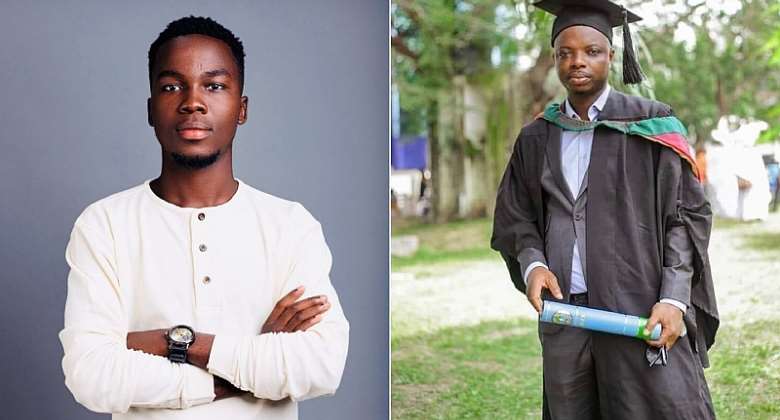 His beef with the institute started when it awarded a PhD to the Bono regional chairman of the ruling New Patriotic Party (NPP), Kwame Bafoe, also known as Abronye DC.

In a tweet spotted by Modernghana News, he claims that giving such a high-rated certificate to Abronye DC means it was cheaply sold.

“GIMPA is losing its prestige as a top-tier tertiary institution if it’s giving professional certification cheaply to the likes of Abronye. Stop selling academic laurels to political stooges!!!” his tweet conveys.

Many on social media are disputing the content creator's claim.

Some say believe Abronye DC should not be the focus of his criticism because he was not the only politician to be certified at the institute's 22nd congregation on Saturday, July 30.

Their objection to the claim is also based on the fact that the NPP stalwart has several academic laurels similar to this one.

Kwame Baffoe is a student at the University of Sydney in Australia, where he is pursuing a Professional Law Course.

He is also a Chartered Energy Economist through the Global Academy of Finance and Management in the United States.

He has another LLB Hons, 2nd Class Upper from GIMPA.

He also has a certificate in Financial Crimes and Fraud Prevention (CFCFP) from the Global Academy of Finance and Management in the United States, as well as an upper second-class degree in Law (LLB).

Afrobarometer survey: 55% of Ghanaians unimpressed by gov’t ...
6 minutes ago