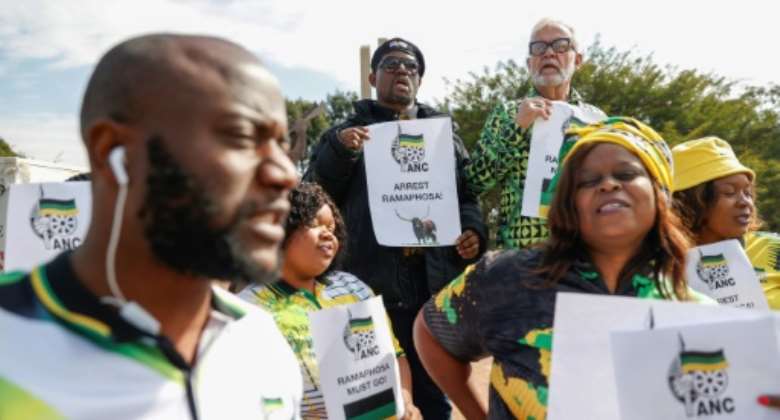 The talks were a prelude to the ANC national elective conference in December. By Phill Magakoe (AFP)

South Africa's President Cyril Ramaphosa said Sunday that his African National Congress party remains committed to anti-graft rules under which members charged with corruption or other serious offences must quit.

Some within the party that has been by plagued by corruption allegations in recent years wanted the so-called "step-aside" rule scrapped, arguing it has been used by party factions to target their political opponents.

"The overwhelming view of the policy conference is for the retention of the step-aside provisions to enhance the integrity of the movement and its leadership," Rampahosa told delegates, wrapping up three days of talks in Johannesburg to map out the party's direction.

The conference noted strong concerns about the perceived lack of consistency in the policy's implementation, he said.

These "must receive urgent attention so that the application of the guidelines is impartial, is fair and is consistent", he added.

The talks were a prelude to the ANC national elective conference in December, when the party is to hold internal polls to pick a candidate for the next presidential election.

Ramaphosa is expected to seek a second five-year term, but could face a challenge from a faction of the party that is loyal to former president Jacob Zuma, who has been accused of corruption.

Ramaphosa himself is also mired in a scandal following a break-in at his game and cattle farm.

Under the step-aside rule, ANC members charged with serious crimes have 30 days to leave their post or face suspension.