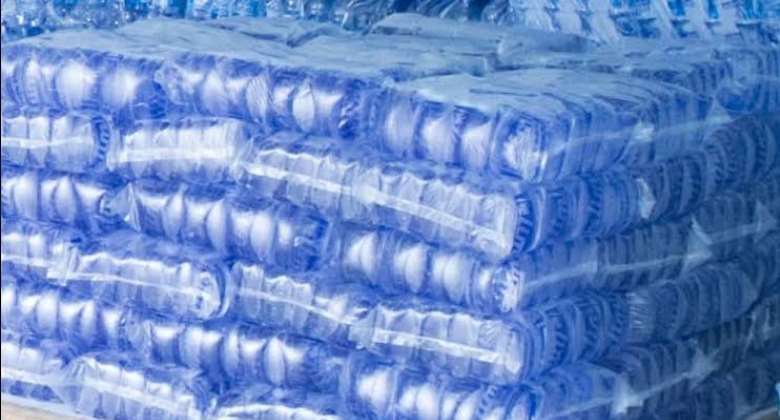 A Multiple Indicator Cluster Survey by the Ghana Statistical Service (GSS) conducted in 2017-2018 has revealed that about 34.1 percent of sources used for production of sachet water are contaminated with faecal matter.

Officials are intensifying the alert after data from the 2021 population and housing census on the Water, Sanitation, and Hygiene sector revealed that 37.4 percent of households in Ghana depend on Sachet Water as the main source of drinking.

Data from the 2021 Population and Housing census indicate the use of Sachet water as the main source of drinking water has quadrupled in about a decade.

In 2010, nine percent of households depended on sachet water as their main source of drinking, while in 2021, the figure rose to 31.7 percent.

The revelation according to experts pose a public health danger and there was a need for the Food and Drugs Authority (FDA) to embark on thorough scrutiny of the production of outlets engaged in the production of sachet water.

An Assistant Statistician and Director of Field Operations at the Ghana Statistical Service, Dr. Peter Takyi Peprah who spoke to journalists in Kumasi observed the development posed a public health concern and called on regulatory agencies to step up their monitoring of the production of Sachet water in Ghana.

“In 2017, a survey was conducted that is Multiple Indicator Cluster Survey of which we didn't just collect information about the sources of drinking water, but we moved further to ask questions about the quality, is not just the question, but we tested the source of water for the households where we realized that certain percentage of water is being contaminated with faecal matter. In that case, one will ask what is happening. Faecal contamination simply means we have toilets in our water; therefore, as a country, we need to encourage the FDA to embark on thorough monitoring and supervision. They should try their best and test on a regular basis the sources of water in the production of this Sachet water so that in case the water is contaminated they will advise or close down that company doing the production,” he explained

A Regional Level Learning Alliances Platform brought together stakeholders in the dissemination of the 2021 Population and Housing census data, which focused on the Water Sanitation and Hygiene (WASH) sector.

Project Coordinator for the Greater Kumasi Sanitation and Water Project, Engineer George Asiedu explained that it was important for stakeholders in the WASH sector to be abreast with the census data to work to improve the sector.

Officials have also recommended establishing a joint working group between the Ghana Statistical Service (GSS) and stakeholders in the WASH sector.