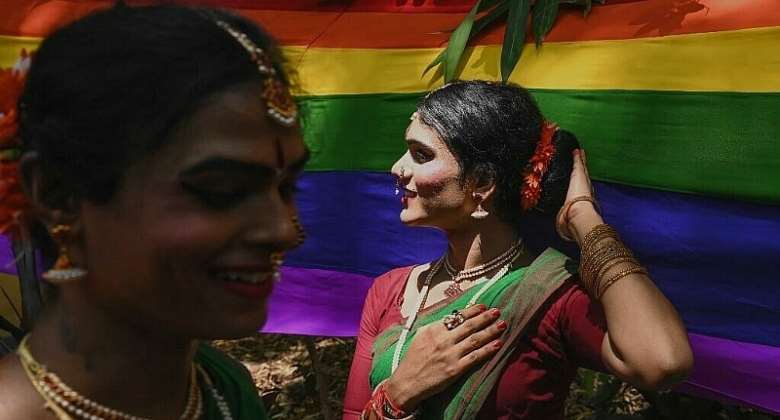 India's transgender community faces many obstacles to accessing quality health care, especially when it comes to the costs of gender affirmation surgery.

Manisha Khera, a transgender person from Mumbai, has been saving up for several years for a hormone replacement therapy (HRT) and at a later stage a sex reassignment surgery (SRS) but finds the entire procedure complex and at times, frustrating.

“The procedure is complex and moreover the cost is prohibitive. I have turned to government hospitals but it is so difficult there too. The biggest obstacle is that there is no enabling environment,” Manisha told RFI

A distant dream for transgenders

Manisha is among the thousands of transgender people in India who find it tough to go through SRS because government hospitals have been unhelpful while private hospitals are prohibitive in costs when it comes to such a procedure.

"Many of us are struggling. Government hospitals, though mandated to offer such facilities, fail to offer a sensitive approach to the process and give us the run around," she adds.

According to the population census of 2011, India has almost half a million transgender persons, though other estimates put them at nearly 3-million-strong.

In 2014, India's Supreme Court for the first time recognised a third gender, paving the way for millions of people to join the mainstream. The ruling aims to give transgender Indians a legal status, better protection and jobs.

Those in the community maintain there is still a long way before they get social acceptance especially from the medical community.

SRS costs €5000 to €7500 depending on which part of the country it is carried out in while some hospitals perform them for far less.

Metropolitan cities like Mumbai and Delhi are expensive while in smaller cities the costs for such a procedure are affordable.

“A lot of us undergo gender distress caused by not having our body match gender identity. But such surgeries are expensive,” said Rita Singh, an aspiring actor.

According to the Transgender Persons (Protection of Rights) Act, 2019, the government has been mandated to provide health facilities to transgender persons, including separate HIV surveillance centres, and gender affirmation surgery.

The Act also says that the government must provide hormonal therapy, and counselling, both before and after the surgery. It mandated at least one hospital in each state to offer SRS along with hormonal therapy.

But many transgenders complained the whole process was awkward as it entailed registering with a portal for the allocation of a nationally recognised transgender certificate and identity card to allow for such surgeries.

Till date, just a few thousand have been provided proper certification.

India's National Human Rights Commission mentions that many transgenders do not possess identity cards, voter cards or bank accounts because of “limited education, lack of awareness and poor exposure to the social political and legal system.”

Transgenders drop out of mainstream schools at a very early age because of the prejudice they face from the people around them. Being legally invisible, they have battled hard to gain acceptance and recognition but continue to be 'othered'.

Even till date, the stigma associated with HIV/AIDS is a fundamental barrier in seeking healthcare for HIV-positive trans people.

During the height of the pandemic for instance transgender individuals faced several challenges while accessing health care that laid bare the inequality in access.

“We have a tough life and there is a battle at every stage. But we will raise our voice so that there is recognition. Healthcare is very important,” Navya Singh, a trans model and actor told RFI.

Boos at Akufo-Addo: Someone failed and caused this monumenta...
10 minutes ago