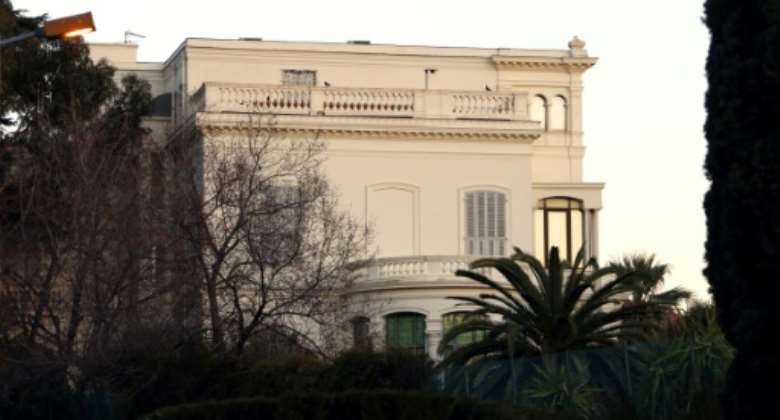 The Bongo real-estate empire, which investigators say was fraudulently acquired, is said to include flats in Paris and a villa in Nice. By VALERY HACHE (AFP)

Omar Bongo, a close French ally, ruled the oil-rich state from 1967 until his death in 2009, when he was succeeded by his son Ali Bongo Ondimba.

French investigators suspect several members of the late president's family to have knowingly benefitted from a fraudulently acquired real-estate empire worth at least 85 million euros ($87 million).

They have already charged four other adult children, as well as a former Miss France, over receiving Parisian apartments from the late president.

This means at least nine half-sisters and half-brothers of Gabon's current president have now been indicted in the 15-year-old case.

The siblings most recently charged, in June and July, include Pascaline Bongo, 66, his eldest daughter and former director of his cabinet, Omar Denis Jr Bongo, 28, who is also the grandson of Congolese President Denis Sassou Nguesso, Jeanne Matoua, 38, and Joseph Matoua, 40, the judicial source said, confirming a report by Africa Intelligence.

Gabon's late president Omar Bongo, here seen in 1983 with his then French counterpart Francois Mitterrand, was a close ally of France. By Dominique FAGET (AFP)

It was not immediately clear who the fifth child charged since June was.

They were charged with receiving misappropriated public funds, "active and passive corruption", money laundering and "misuse of social assets".

According to information obtained by AFP, her client told investigators in January 2020 that she owned several flats in chic Parisian neighbourhoods, which her father had bought at some point between the 1970s and the 1990s.

Pascaline Bongo, also a former foreign minister, was very close to her father.

The Bongo property empire includes apartments and buildings in Paris and the Mediterranean city of Nice as well as luxury cars, several of which have been seized by French authorities.

In findings released in February, an investigating judge determined that much of the money for the purchases came from "undue commissions" paid by French energy firm Elf, now a part of TotalEnergies, to exploit Gabon's vast oil reserves.

All denied any knowledge of the allegedly fraudulent origins of the assets, a judicial source said at the time.

They told investigators they had received the properties -- apartments in the 15th and 16th districts of Paris -- as gifts from their father between 1995 and 2004.

Rolland, who was 22 at the time, recognised that she was naive but contested any wrongdoing, her lawyer told AFP.

Contacted by AFP, Gabonese presidential spokesman Jessye Ella Ekogha declined to comment as the affair concerned "neither the president... nor any other member of the presidency".

As a sitting head of state, President Ali Bongo Ondimba has immunity.