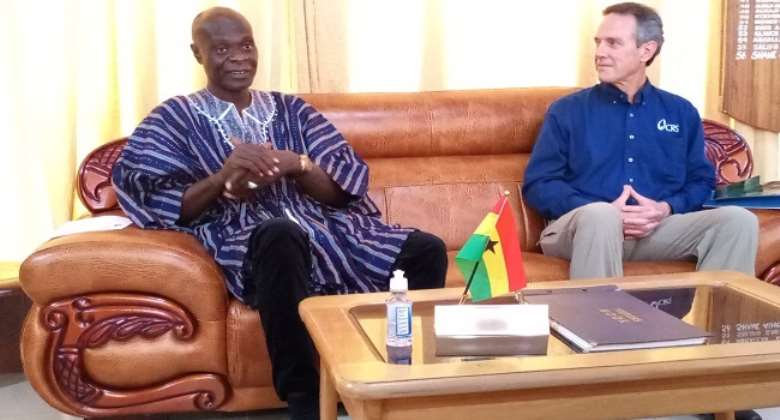 He said the CRS provided 250 youth with skills and entrepreneurial training, which he envisaged would go a long way to change the lives of the youth in the region.

Mr Shaibu said this when the Global President and CEO of the CRS, Mr Sean Callahan paid a courtesy call on him last Friday in Tamale.

Mr Shaibu said this would create enabling environment for the development organization to implement its projects.

The Country Representative of CRS, Mr Daniel Mumuni, informed the minister that Mr Callaban was in the region to discuss areas the RCC and CRS could collaborate to improve the lives of the people.

He stated that the CEO visited Emergency Dispatch Centre (EDC) at Gushegu to familiarize himself with how the facility operates.

The EDC is under the USAID-Funded Developing Acute Care and Emergency Referral System (ACERS) project, implemented by CRS Ghana.